Mary Quant at the V&A 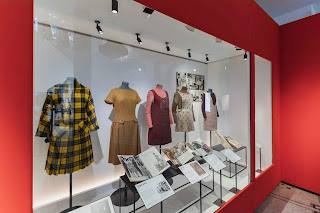 This retrospective is a chance to see the swinging 60s in action – how hemlines rose, young women stopped dressing like their mothers and grandmothers, and fashion became fun. The guiding spirit in this high street revolution was Mary Quant, an ex-student of Goldsmiths College who, with her future husband, Alexander Plunket Greene, turned King's Road, Chelsea, into a mecca for trendsetters.
It started with her boutique, Bazaar, which opened in 1955 in tandem with Plunket Greene's restaurant. Mary had her finger on the pulse. She stocked quirky, easy to wear clothes, and when she couldn’t find enough, started making them herself at night in her bedsit, adapting commercial dress patterns. Demand grew; she took on more staff and Bazaar became a destination for professional women seeking modern, streamlined fashion.
By the 1960s the fashionable elite were flocking to King’s Road, always in search of something new. Mary has been quoted as saying her now iconic mini-skirts were their doing. “I was making simple, youthful clothes in which you could move ... and we would make them the length the customer wanted. I wore them very short and the customers would say 'shorter, shorter'.” Not everyone approved, but the mini was here to stay. 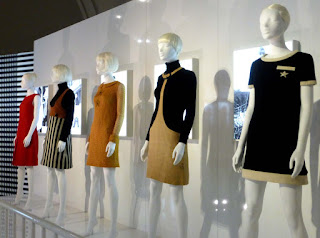 Mary also turned women’s trousers, then banned from many offices and formal settings such as restaurants, into mainstream garments that were smart and practical. The exhibition, which stretches over two floors and covers the years between 1955 and 1975, includes a number of treasured outfits and accessories that surfaced when the curators appealed on social media for women to share their Quant moments. They stories they gleaned of teenagers going to Bazaar with their mothers for a ‘grown up’ party dress, or of young women choosing a Quant dress for an important job interview, are recorded as well and reflect how important she was to a whole generation.

In 1966, Mary went to Buckingham Palace to receive an OBE for her contribution to the fashion industry. On display is the cream dress she wore (above), the light colour cleverly chosen to show up in media photographs. She used the opportunity to wear Quant from top to toe – a walking advertisement for her brand. 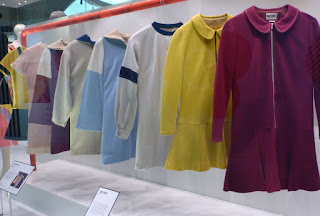 Mary continually played with the jersey dress format, designing multiple options. With her matching berets, brightly coloured tights and shoes, customers could recreate the complete look she had made her own. 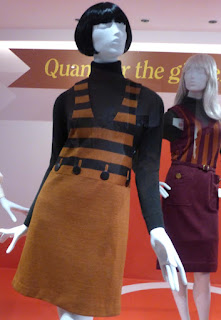 Always on the lookout for new ways to grow her business, she took her designs to America and soon they were available through chain stores and mail order companies. “I wanted to provide fashion for everyone,” she says in her autobiography – and she did. 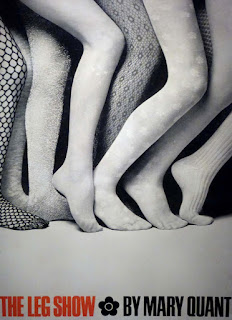 If you couldn’t afford a dress, there were tights, accessories, and a wide range of innovative makeup, all carrying the distinctive daisy logo. Even home sewers and knitters could join her fashion revolution; one exhibition section has a dress made by a fan for her 21st birthday from one of Mary’s Butterick patterns (below). Alongside it are some of the knitting patterns – skinny-rib jumpers and colourful socks were especially popular. 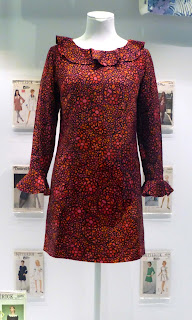 “Mary Quant transformed the fashion system, overturning the dominance of luxury couture from Paris,” says Jenny Lister, the show’s co-curator. “She dressed the liberated woman, freed from rules and regulations ... This long-overdue exhibition shows how Mary Quant’s brand connected with her customers, how she made designer fashion affordable for the working woman, and how her youthful revolutionary clothes, inspired by London’s creative scene, made British street style the global influence it remains today.” Mary Quant was made a Dame in 2015; this exhibition is a tribute to her genius.
Mary Quant, sponsored by King’s Road, is at the V&A until 16 February 2020. Tickets £12 vam.ac.uk/maryquant
Posted by sandra at 23:25