The City of London has a new public roof garden - and it's free. 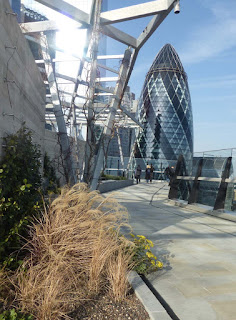 There’s a stunning new way to get a fresh perspective of London: a roof garden has opened on the 15th floor of a just-built office block on Fenchurch St in the City. And even better, it’s free for the public to visit and currently you don’t have to book in advance. 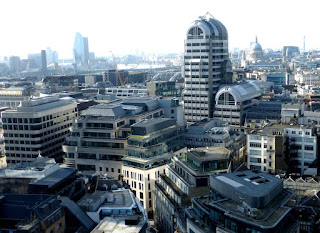 The Garden at 120 Fenchurch St covers the entire roof, some 2,800 sq m, and has 360° views that range from Tower Bridge in the east to St Paul’s in the west, while also taking in more recent landmarks such as the Gherkin and the Walkie Talkie. A striking water feature runs through it, and there are plenty of wooden benches where visitors can sit and contemplate the huge changes going on across London, the developments marked by clusters of cranes. 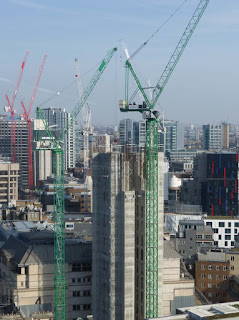 Although the garden is surrounded by a high glass wall that gives some protection from the wind, it’s a very exposed growing environment, and it looks as if a lot of thought has been put into what will thrive there. 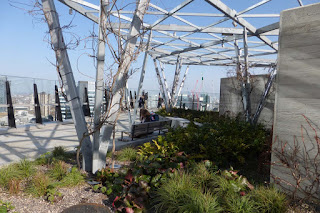 Last year dozens of vines were planted to grow up the struts of the pergola that covers the central area; these look rather bare at present, but hopefully will be dripping with wisteria by early summer. 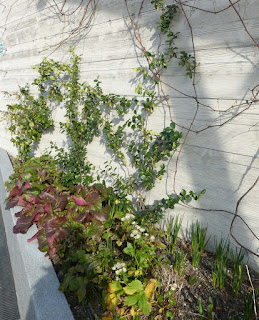 In mid February, when the garden opened, the remains of a few roses were clinging on to bushes, and the first shoots of spring bulbs were starting to appear. 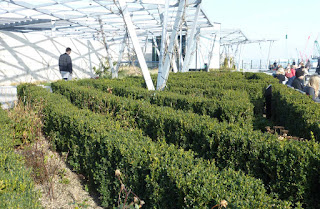 Lots of grasses and golden achillea were helping to fill the beds, and green hedging was there to provide shelter for more tender plants 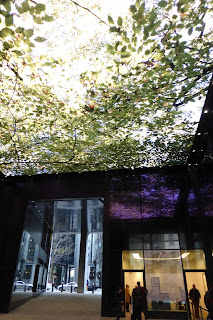 When you exit the lift on the way out, it’s worth stopping for a few moments to admire the digital art installation on the ceiling of the entrance hall (above), with stunning moving images, mostly taken from nature. The building, One Fen Court, is designed by Eric Parry Architects on behalf  of  the insurance company Generali. 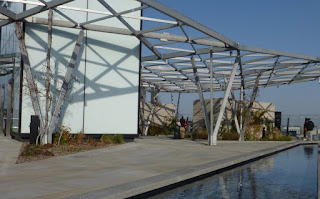 The garden can accommodate just over 200 people at once, so while access is instant at the time of writing, as things get busier, there may be some queues. It's open 1000 to 1830 Mon – Fri over winter (October 1 to March 31) and 1000 – 2100 in summer (closed weekends).This live link shows how many people are actually there:
https://thegardenat120.com/#content/page/gardencapacity_ipsos
More info at:
https://www.thegardenat120.com/#content/page/visitor_info
Posted by sandra at 23:21