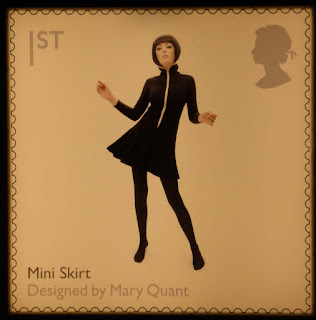 It’s not often you see a stamp celebrating a fashion designer, but in 2009 the Royal Mail chose this image of Mary Quant to be part of a series commemorating innovative British design. The jersey dress she is wearing was one of her favourites – Banana Split, created in 1967 for her Ginger Group collection – and it epitomised the youthful spirit that she and fellow members of the Chelsea set brought to post-war Britain. Swinging London: A Lifestyle Revolution, at the Fashion and Textile Museum, pays tribute to these radical young architects, designers, photographers and artists. Mary Quant, born in 1934, was at the forefront of this group of revolutionaries, who, along with Terence Conran (an old school friend of her husband, Alexander Plunket Greene) created a new way of shopping and living. 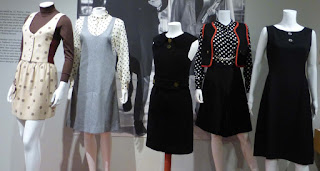 She opened her first boutique, Bazaar, in the Kings Road, in 1955. Her simple pinafores and shifts, often worn with coloured stockings, were a far cry from the wasp-waists and sweeping skirts of the New Look that had been dominating fashion. With the advent of the sixties, hemlines rose, hotpants appeared, and she experimented with new materials, such as synthetics and PVC. 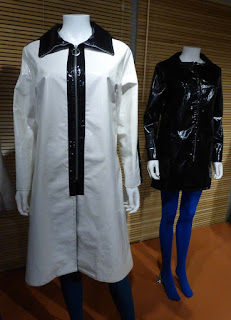 Chelsea became a magnet for the trendy and beautiful. Her clothes made international headlines when they were worn by the supermodels of the day, including Twiggy and Jean Shrimpton, but although high fashion, they were affordable for the working woman. From 1961 to 1972 she designed collections for J.C. Penney, the biggest department store chain in the US, where she was seen as part of the “British Invasion” alongside pop stars such as the Beatles and the Rolling Stones. 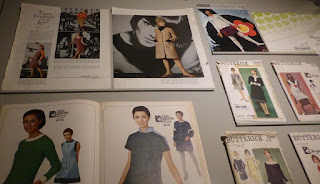 In 1964 she delighted home sewers when her distinctive designs began appearing in Butterick pattern books, and in 1966 launched her first range of makeup with the iconic daisy motif and also, as part of the ‘total look’ designed plastic jewellery that was eyecatching and fun. 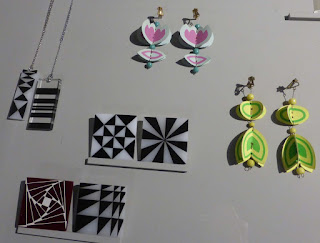 Conran, for his part, created a showcase for her wares with her second Bazaar store, which opened in upmarket Knightsbridge in 1957. It was unlike any other shop at the time: window displays were banished, so passersby could see everything that was going on inside. A central, free-floating staircase descended from the mezzanine floor, almost like a catwalk for customers and the staff, who always wore Quant creations. It was all part of Conran’s vision of bringing ‘the good life’ to the British public. In 1964 he opened Habitat, his lifestyle store, where duvets, chicken bricks, paper lampshades and wicker furniture appealed to young people enjoying the increasing availability of inexpensive package holidays abroad, while frequenting the trattorias and bistros springing up on UK high streets. 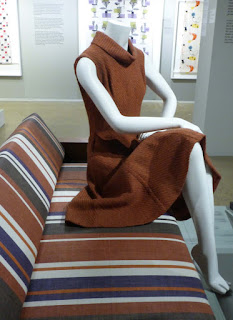 His multi-purpose light and stylish furniture did much to change attitudes to interior design. On display is a bed-settee from 1958 (above) and a knock-down storage range from 1962. Nearby is a 1960s House and Garden cover feature extolling ‘luxury one-roomed apartments – bed sitters on a budget’. 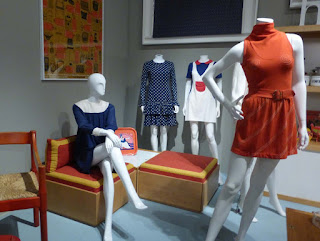 The exhibition incorporates roomsets where you can see how the designs of  Quant and Conran complemented each other. It also looks at the influence Italian Surrealist artist Piero Fornasetti had on him, and the early work of Laura and Bernard Ashley, whose ideas were making their mark on pop culture long before their iconic florals appeared. The simple, hardworking striped smocks, aprons and the easy to wear ‘basic dress’ they marketed (below) would go on to become design classics.

Altogether, an informative and rewarding look at a fashion era that still reverberates today. After all,  the mini never really went away, and Quant's trademark daisy remains instantly recognisable. 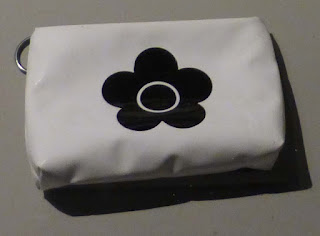 Swinging London: A lifestyle revolution. Fashion and Textile Museum, 83 Bermondsey St, London SE1 3XF. To June 2, 2019. Tickets £9.90 (concessions available) at ftmlondon.org.
The exhibition is accompanied by a learning programme that includes talks, events and workshops. Details on the museum’s website.
Posted by sandra at 23:08