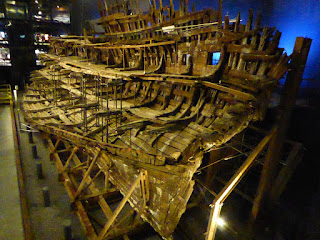 A full, uninterrupted view of Henry VIII’s flagship, the Mary Rose, has been unveiled after a £5.4m museum revamp of her Portsmouth museum – and it's breathtaking. 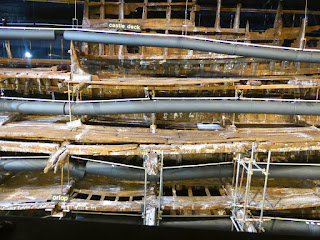 Compare this with the what could be seen in 2014 (above), when ducting surrounded the timbers to control the humidity and temperature. Now you no longer have to peer through a glass panel or a cloud of moisture. Floor to ceiling windows and an open balcony, entered through an air-lock,  allow a clear view right across the whole structure. 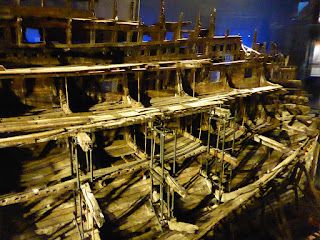 The Mary Rose is the only 16th century warship on display in the world. 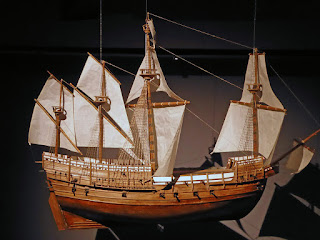 This model shows how she looked when she sank on July 19, 1545, during the Battle of the Solent. She went down suddenly in a skirmish with four French galleys. Of the 500 men on board, only 35 survived.  Attempts to salvage her in Tudor times failed, although a few large objects were recovered. Almost 300 years later two divers investigating a fishermen’s net snag found old timber and a gun that was identified as being from the Mary Rose. 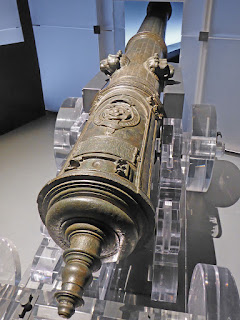 Some things were salvaged and sold off, but when the cost of the operation outweighed the income, the project was abandoned. It wasn’t until the rise of Scuba diving as a hobby in the 1960s that the wreck was rediscovered. She was covered in silt and under 14 metres of water, so the task of raising her was complex. Between 1979 and 1982 more than 500 divers and diving archaeologists undertook over 27,000 dives, until on Oct 11 1982, cradled in a lifting frame, the Mary Rose surfaced once again, was lowered on to a barge and towed home to Portsmouth. Since then, the conservation has been continuous. The hull was first sprayed with a mist of fresh chilled water and then with a water soluble wax. In April 2013, housed in a new, purpose-built museum in the Historic Dockyard (below), next to Admiral Nelson's Victory, she entered a stage of controlled air-drying, which is now complete. 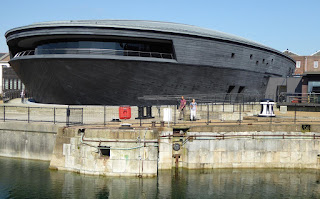 The ship was a time capsule, containing more Tudor objects than in the rest of the world put together. There was no ship’s manifest, so the names of the crew who lost their lives when she went down remain unknown. But archaeologists have built up pictures of many of them through their remains and the possessions that survived under the silt. It's enabled them to create moving images of life on board, projected at regular intervals on to the structure. 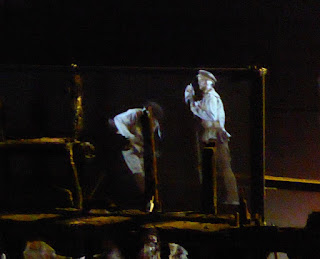 The nine galleries around the museum house 19,000 artefacts, including musical instruments, 400 leather shoes, longbows, gold coins, dice, guns, a manicure set and pewter platters and tankards. (Pewter was expensive, so some on board must have been wealthy.) 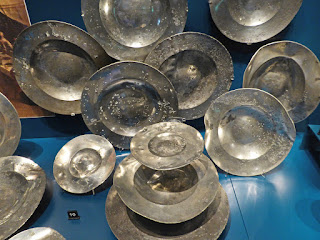 A possible clue to an identity comes from a wooden bowl, carved with the words ‘Nye Coep Cook’. Was this the name of the cook? 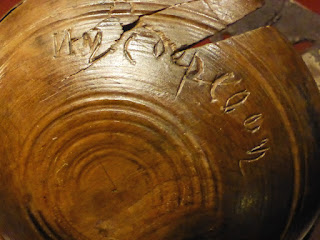 The bulk of the funding for the project has come from the Heritage Lottery Fund, with the rest from charitable donors. And this may not be the end of the story. A great deal of the ship, including the forecastle and rudder, is still on the seabed, waiting to be salvaged. If more money can be found, who knows what other secrets may yet be revealed?
http://www.historicdockyard.co.uk/mary-rose-revealed
http://www.visitportsmouth.co.uk/things-to-do/portsmouth-historic-dockyard-p54183
Posted by sandra at 18:30