There’s more than art at the new Tate Modern extension.
Go up to the 10th floor of Switch House - named after the former electrical substation that still occupies part of the site – and you’ll find stunning (and free) views across London. The viewing gallery goes right round the building, so as well as looking north and east across the Thames to the city, you can see south and west London – and peer down at the show rooms of the neighbouring apartment blocks that are springing up around the regenerated area. 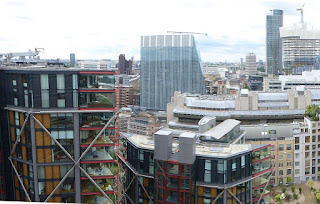 The brick extension is by Herzog + de Meuron, the architects who created Tate Modern out of the shell of the disused Bankside power station back in 2000. The extra space has allowed the reorganisation of the permanent collection, and seventy-five per cent of the works on display in the new galleries have been acquired since the opening of the first building, now known as the Boiler House. 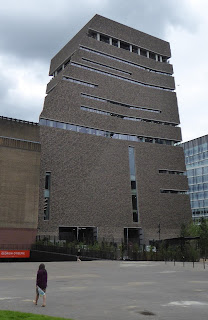 Critics have described Switch House as ‘dazzling’, ‘adventurous’ and ‘one of the most spectacular buildings London has seen in decades’. The architects say the building’s twisted shape grew out of the former oil storage tanks that lie beneath it .There are few barriers around the art works, and the floors are linked by a sweeping staircase.. 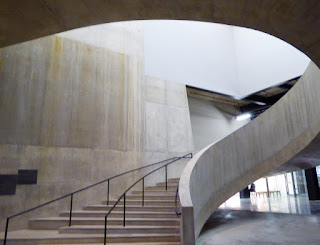 Fittingly, where a bridge links the two buildings, there’s a new Tate acquisition, ‘Tree’ by Ai Weiwei. The way the Chinese artist has transformed pieces of old wood into an artwork echoes the way the former power station site has been given a new life. 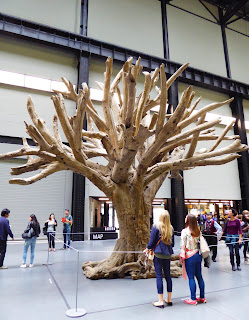 http://www.tate.org.uk/visit/tate-modern
Posted by sandra at 16:41