Salt and Silver and Sculpture Victorious at the Tate 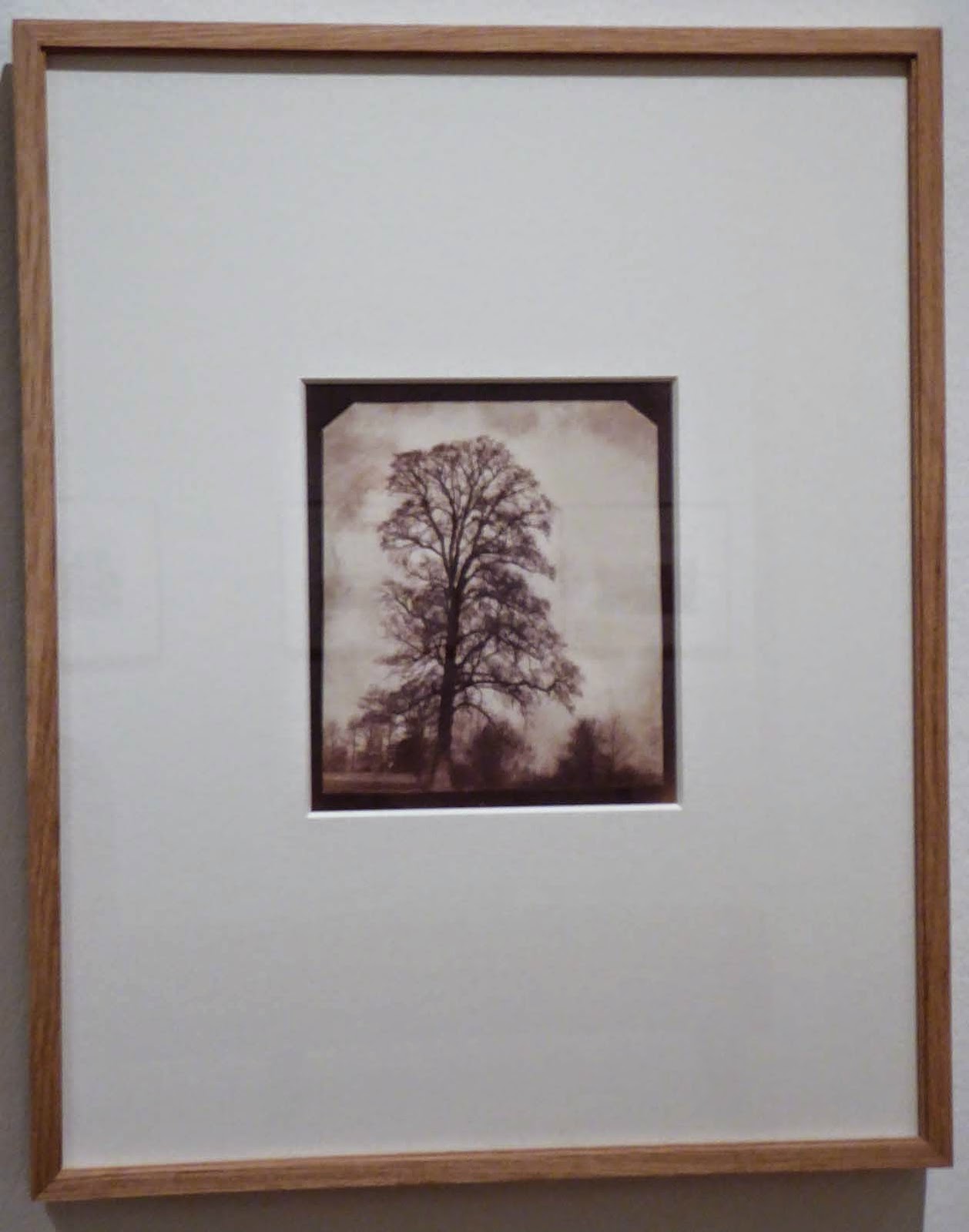 Two new exhibitions have just opened at London's Tate Britain – Salt and Silver: Early Photography 1840 - 1860 and Sculpture Victorious. Although at first sight they are very different, there is a link: they both use what in Victorian times was cutting-edge technology.
Salt prints are the earliest photographs on paper that still exist today – created when William Henry Fox Talbot developed the process of soaking paper in silver iodide salts to register a negative image, which was photographed again to create permanent paper positives. He unveiled his method in 1839 and it was swiftly taken up in Europe and beyond. Artists, scientists and adventurers captured historic moments and places and the faces of the rich and poor. There are around 90 beautiful and haunting prints on display, ranging from Fox Talbot’s Great Elm at Lacock (1843-5) and Nelson’s Column under construction (1844) to Roger Fenton’s 1855 photograph of ships bringing supplies to troops at Sebastapol during the Crimean War. 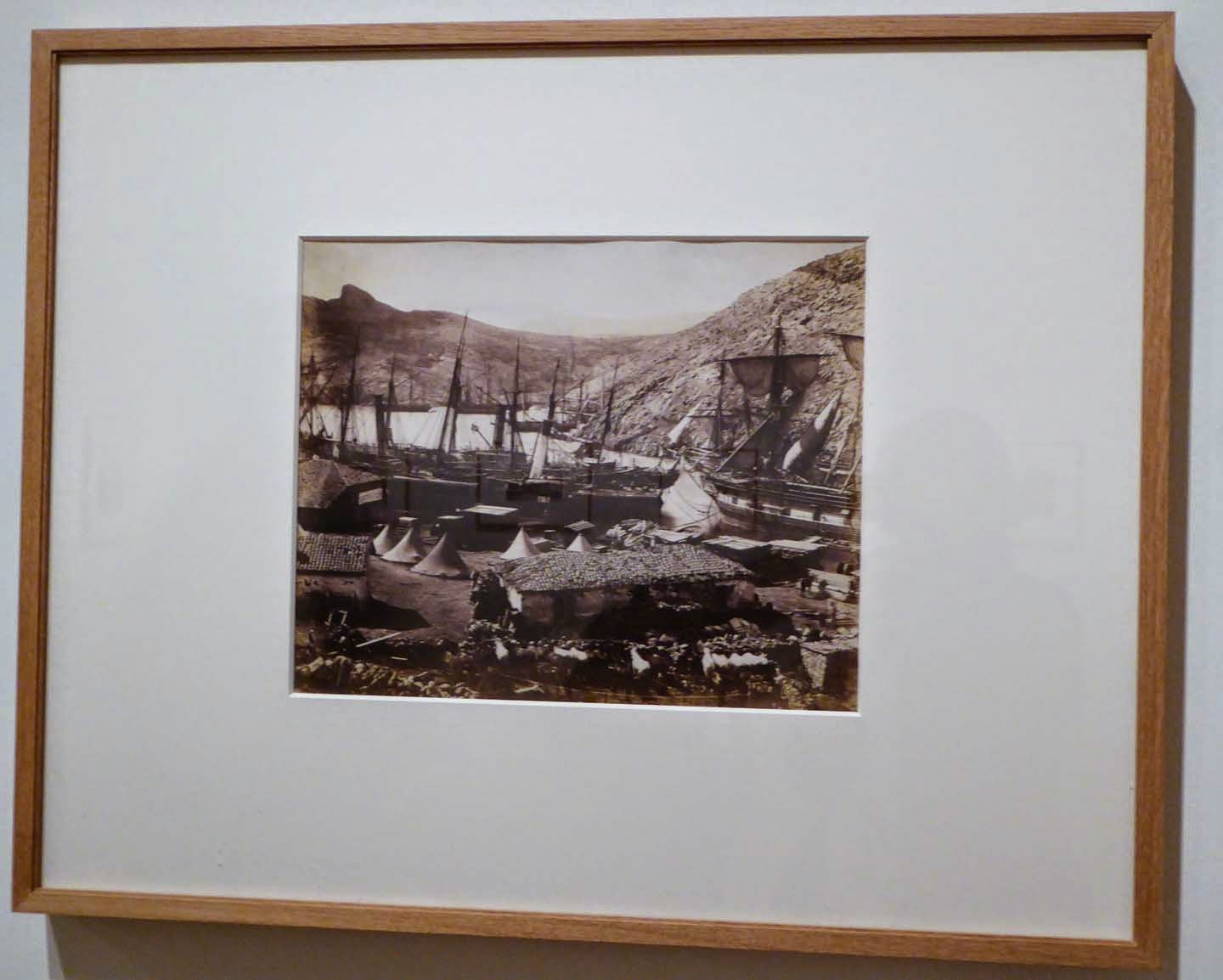 The prints are all originals, fragile and thus seldom seen by the public. Looking at them you get a sense of the excitement and wonder that the new process generated, and how the photographers used their artistic skills to create a new art form. The rapid pace of Victorian invention and innovation meant that within 20 years, the salt print was replaced by other processes, but these surviving prints continue to provide a window on the past. 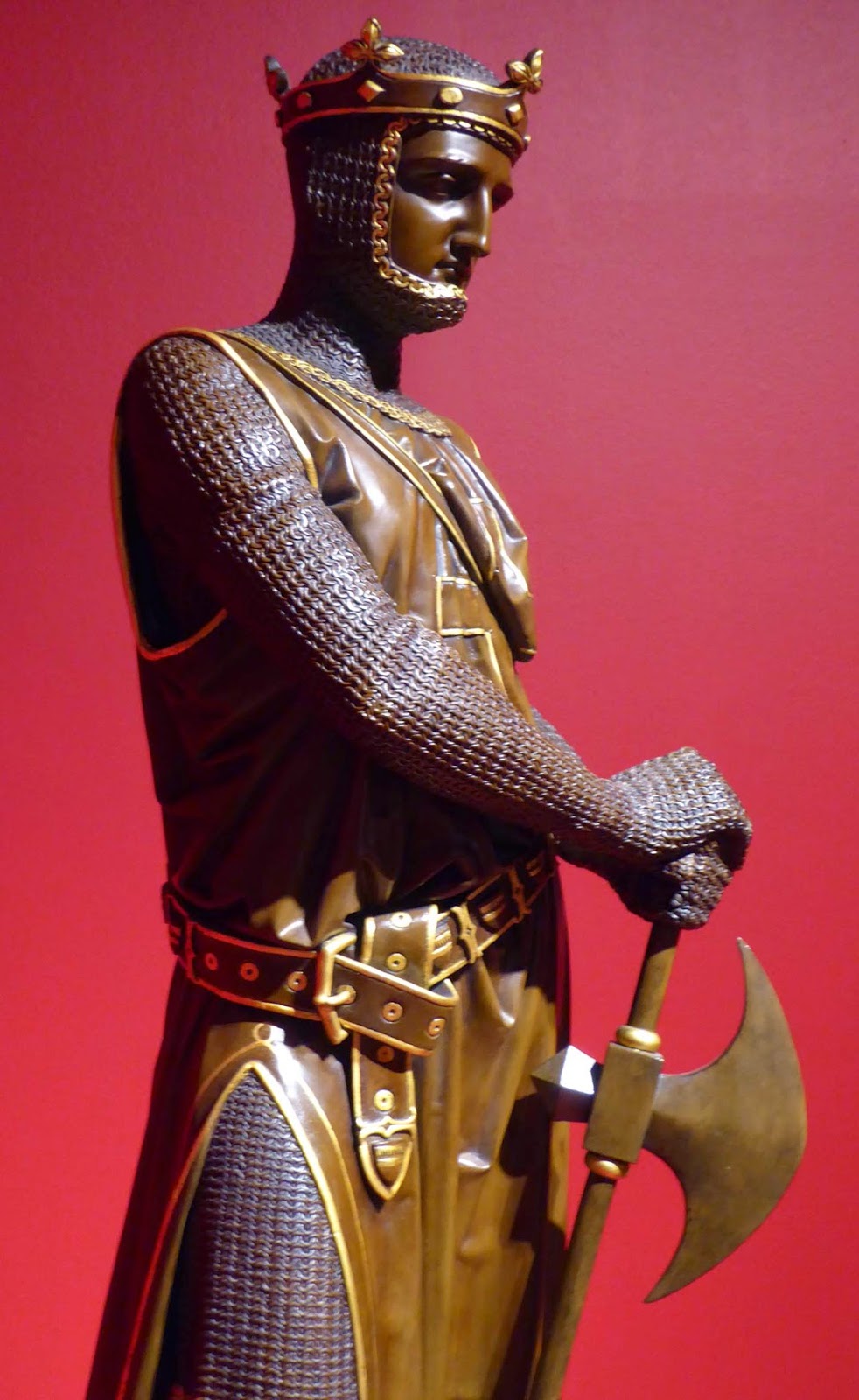 The 19th century was also a golden age for British sculpture. Victoria and Albert encouraged and commissioned sculptors and the resulting work was used to ornament official buildings and public spaces throughout Britain and the empire. There was a sense of a national past and a revived interest in medieval motifs, but at the same time, new scientific techniques made it possible for sculptors to work in a wider range of materials and technologies. Sculpture Victorious includes a striking statue of the Earl of Winchester (left), one of the barons who compelled King John to sign the Magna Carta in 1215. It was commissioned for the House of Lords in 1848, but as bronze was too expensive (18 sculptures were required) a new technique, electroplating, was chosen. Processes were also invented that made reproductions of sculptures and even treasures such as the Parthenon frieze widely available. The technologies were showcased at events such as the Great Exhibition of 1851. Likenesses of Queen Victoria were especially popular; one interactive screen allows you to track them down around the world. 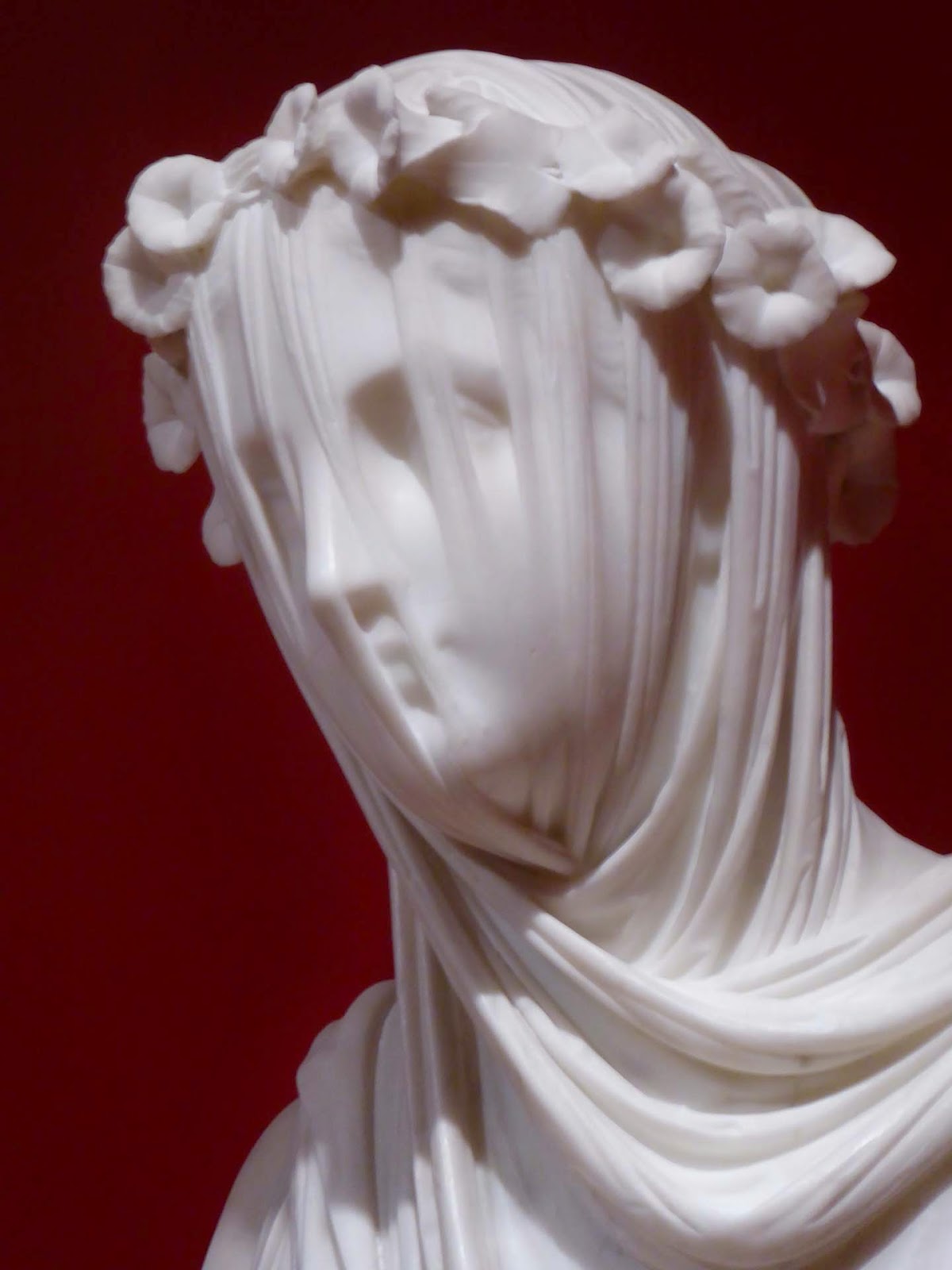 There are many eye-catching exhibits on display. One highlight is Rafaelle Monti’s Veiled Vestal of 1847, (shown at the Great Exhibition) where the skill of the sculptor makes the marble seem transparent. 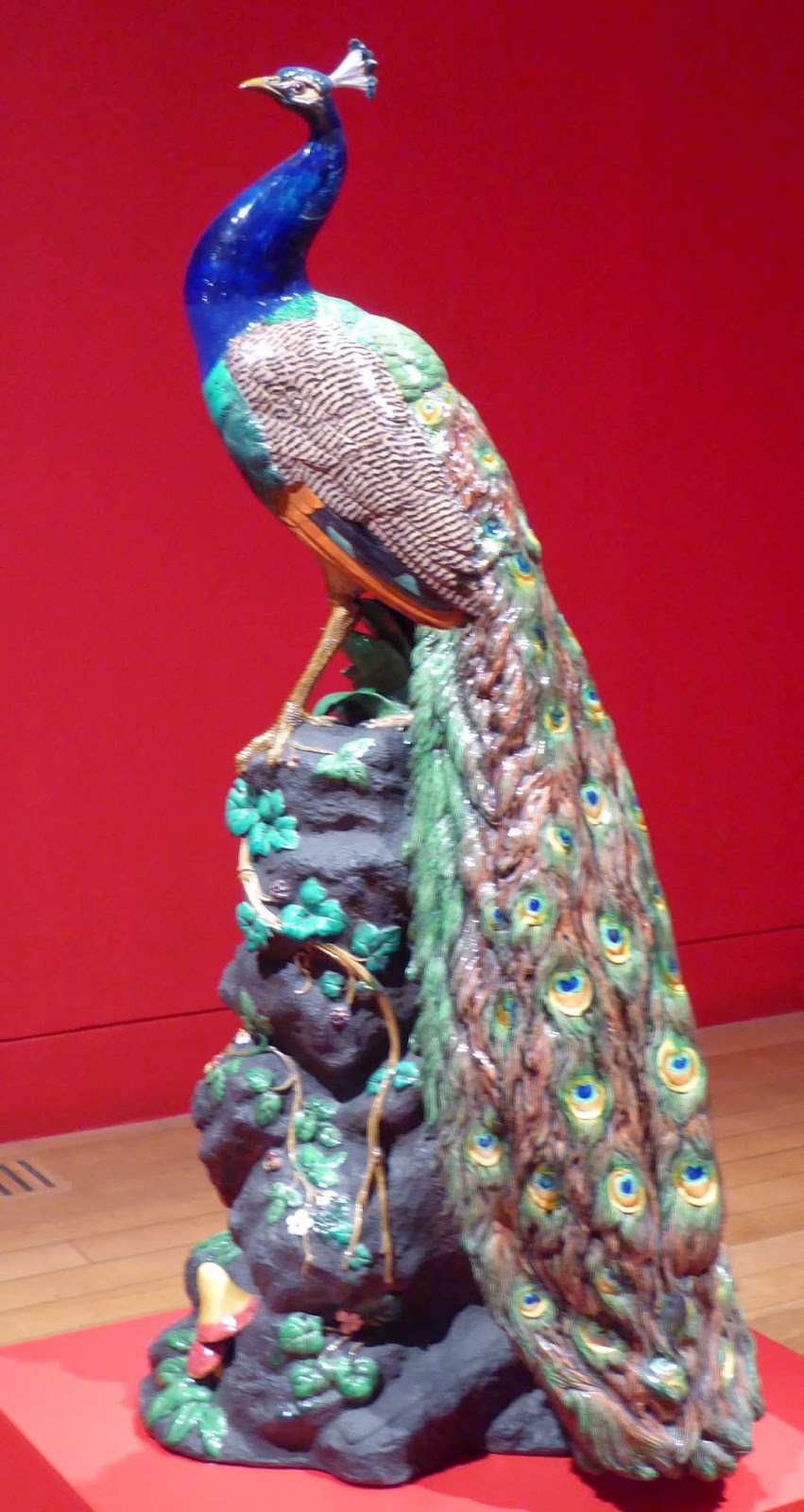 There are also two brilliantly-coloured pieces of Minton – a large elephant and a peacock from 1873. A copy of the latter was sent to exhibitions in Australia, and demonstrated its hardiness by surviving a shipwreck.