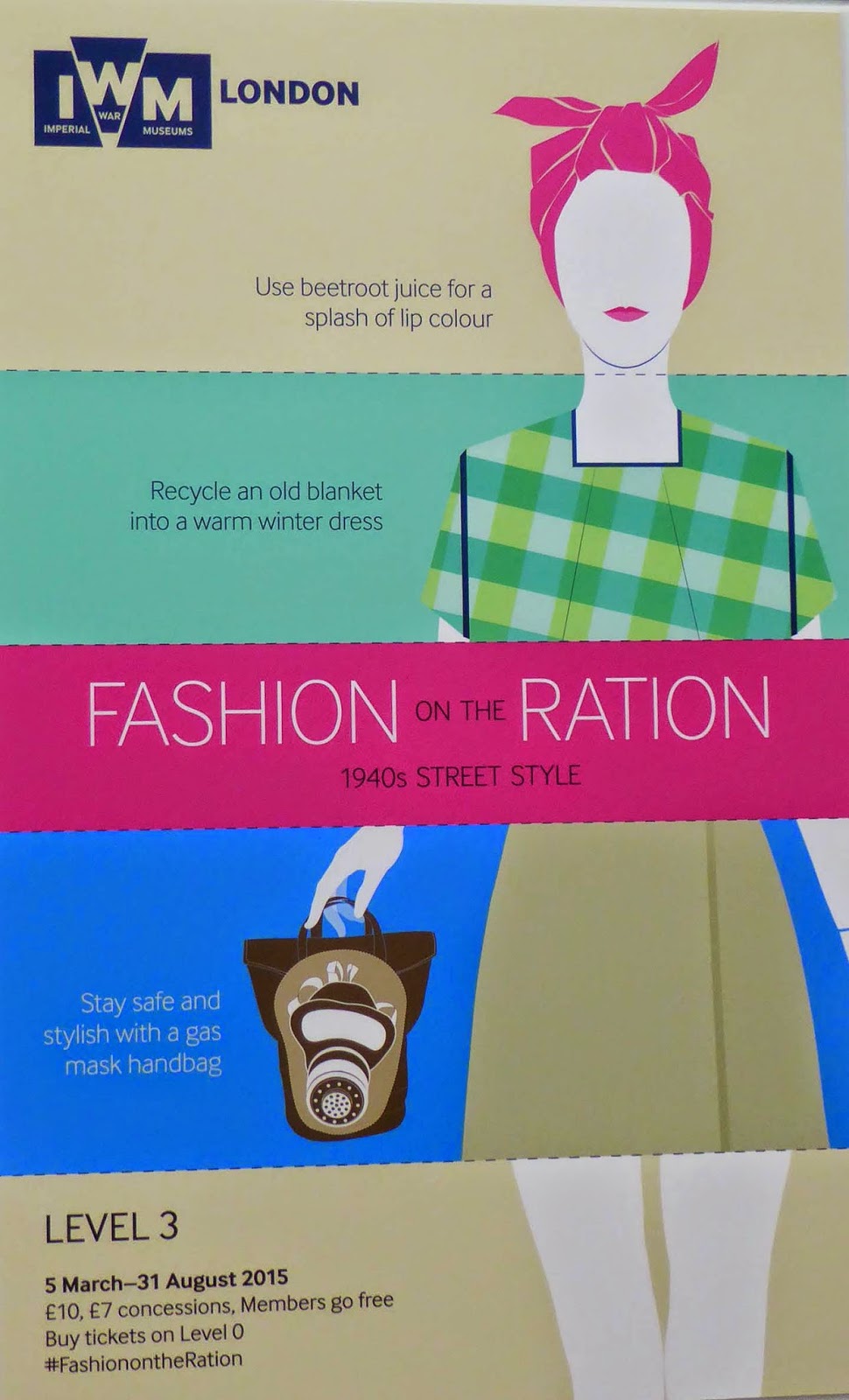 Anyone who appreciates vintage fashion or is interested in social history will love this new exhibition at the Imperial War Museum. It celebrates the inventiveness and adaptability of women during World War II and how they were determined not to let Hitler stop them being stylish.
The show ranges from the way practicalities changed how women dressed to rationing and the Make do and Mend culture. More than 300 exhibits have been brought together, including clothing, accessories, wartime letters, photographs and film.

There are six sections.

Into Uniform looks at how fashion was immediately influenced by the number of servicemen and women flooding the streets.  Their uniforms provoked pride and sometimes jealousy – the Wrens had a chic dark blue suit (left), whereas women in the Auxiliary Territorial Services had to make do with a khaki uniform that novelist Barbara Cartland described as ‘hideous’. Hats and suits inspired by uniforms soon appeared and by the spring of 1940 there were advertisements in Vogue for outfits “with a military touch".

Functional Fashion explores the way the demands of wartime life changed the way civilians dressed, inspiring retailers to come up with innovative products such as gas-mask handbags, luminous buttons and siren suits – the ‘onesies’ of their day. 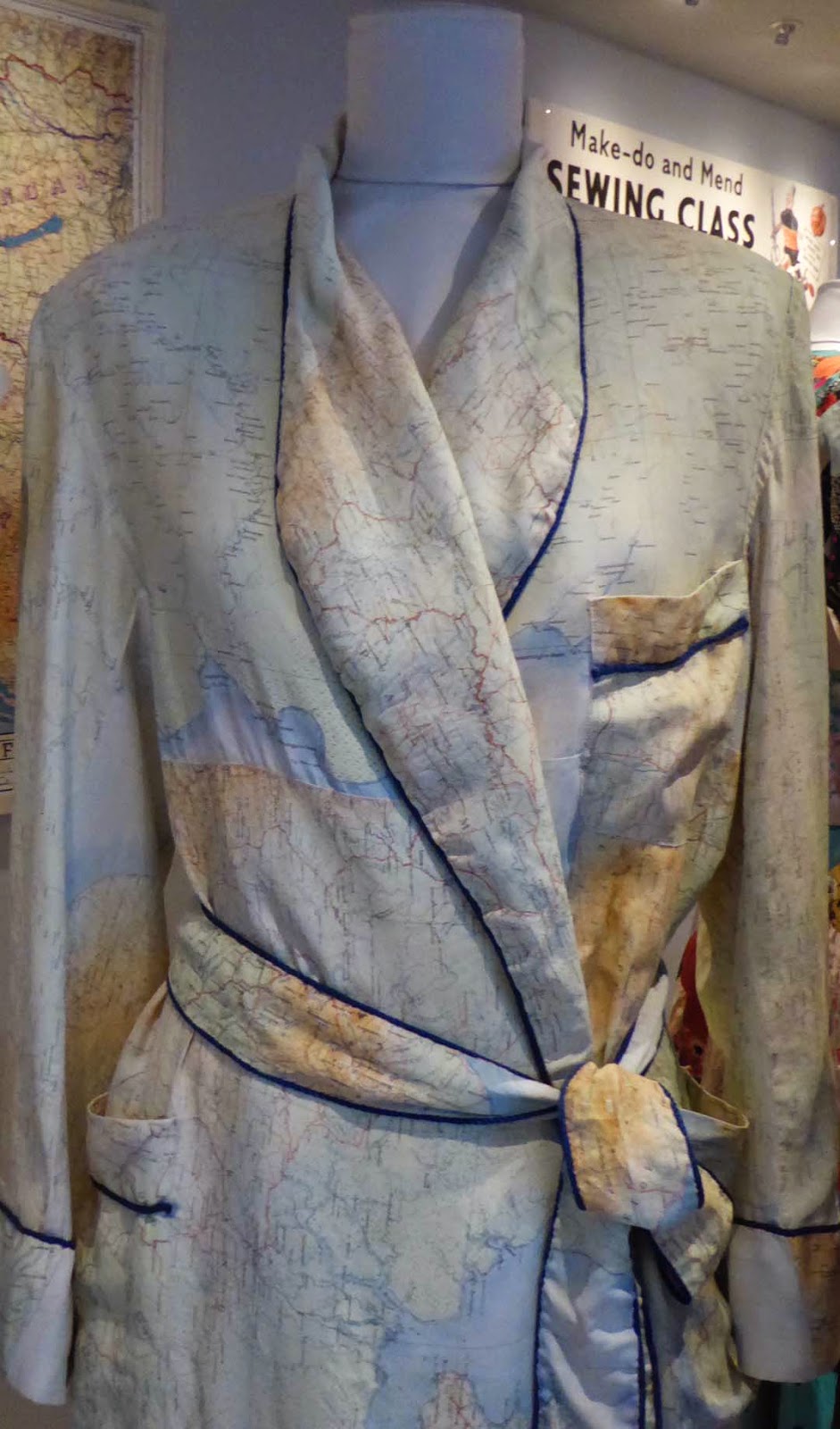 Rationing and Make do and Mend explains why clothes rationing was introduced in 1941 and how the nation’s shopping habits changed. People were encouraged to make clothes last longer by mending, altering, knitting and creating new outfits out of old materials. On display is for the first time is lingerie made from out-of-date RAF silk maps for Countess Mountbatten. 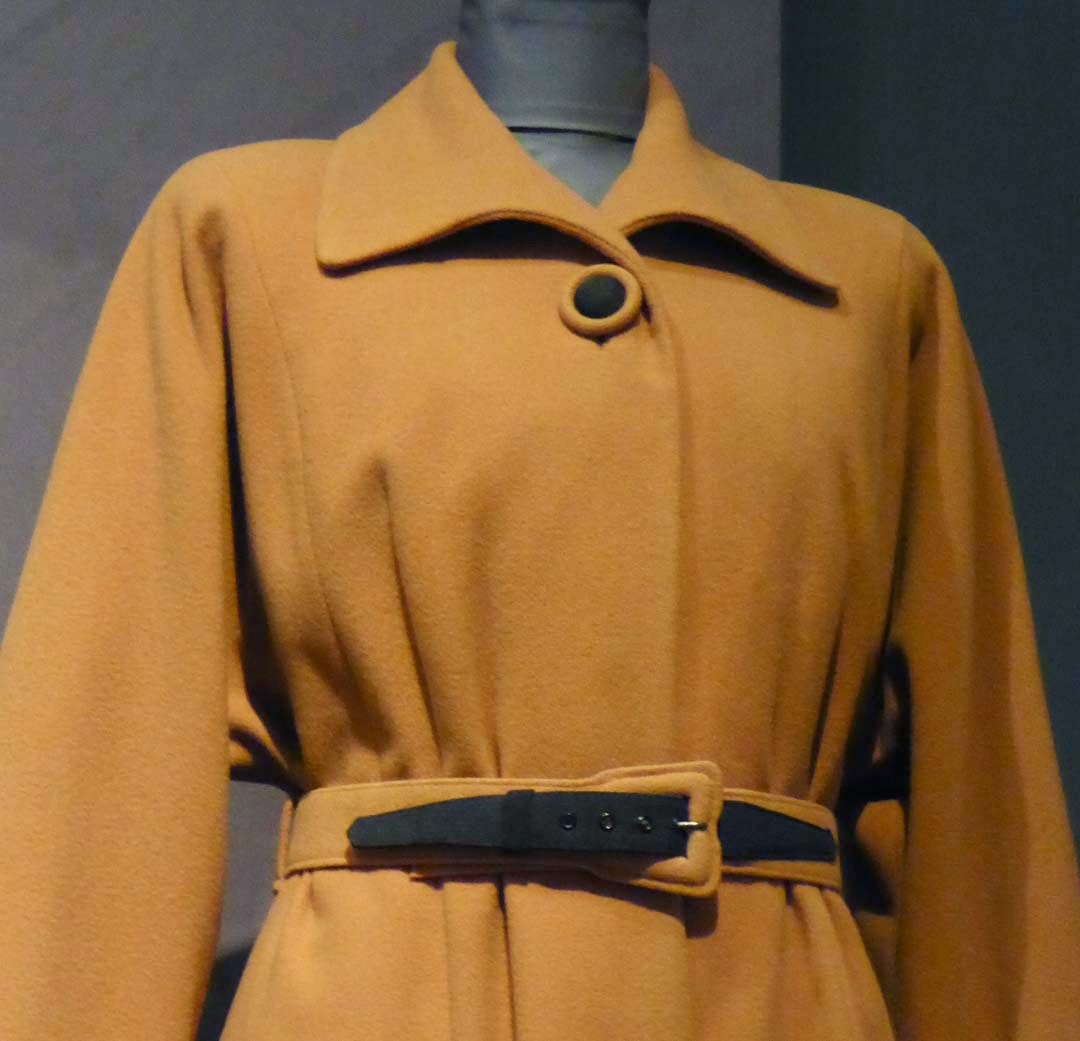 Utility Clothing was introduced in 1941 to standardise production. Although there were restrictions on the number of pleats and buttons, trouser turn-ups were forbidden and fabrics had to be durable, the outfits were designed by couturiers such as Norman Hartnell and Hardy Amies. The stylish, simple lines of many of the clothes on display look just as good today.

Beauty as Duty examines the lengths to which many women went to maintain their personal appearance. Although items such as lipstick and face powder were still manufactured, they were in short supply. Magazines advised making lipsticks last longer by melting down the ends and packing the paste back into an empty case.  As a last resort, lips could be stained with beetroot juice. Patriotism also made its mark in the beauty world. Lipsticks had names like Regimental Red, and this novelty compact is in the form of a US officer's cap.

Peace and a new look covers the introduction in 1947 of Christian Dior’s “New Look” with its nipped-in waist and full skirt. Although it met with some initial disapproval (Picture Post ran the headline: “Paris Forgets this is 1947”) women whose clothes had patches on their patches were desperate for change. The new fashion soon made its way into high street shops and in 1949, clothes rationing ended.
There’s an excellent illustrated book to accompany the exhibition by social historian Julie Summers.She weaves together stories from ordinary lives and high society to provide a unique picture of life during the Second World War and concludes that if fashion did stagnate then, creativity did not. And creativity, she points out, is the spirit of fashion.

Fashion on the Ration: 1940s Street Style is at the Imperial War Museum until August 31.
http://www.iwm.org.uk/exhibitions/iwm-london/fashion-on-the-ration
Fashion on the Ration – Style in the Second World War by Julie Summers. Profile Books, £16.99