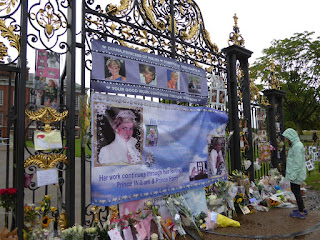 Tributes to Diana, Princess of Wales, have again been laid at the gates of Kensington Palace in London, her home from her marriage in 1981 to her death in a car accident in Paris 1997. It happens every year (below in 1995) - a visual reminder of how her life touched so many people. 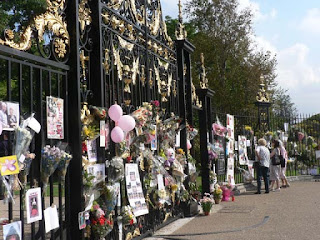 In the immediate aftermath of the tragedy, the path leading up to the palace was swamped by an estimated one million boquets. The 2017 anniversary is more low key, but bears out the affection in which she is still held by many members of the British public.As her son Prince William said in a television tribute: "She was this ray of light in a fairly grey world". The many messages with the flowers reflect this sentiment. 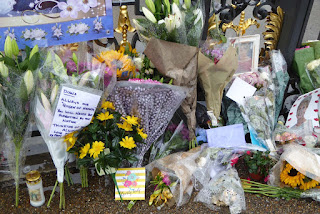 The day before the September 31 anniversary, Princes Willian and Harry spent some time looking at the tributes to their mother, and, along with the Duchess of Cambridge, toured the beautiful white garden (below) that has been established next to the palace in her memory. 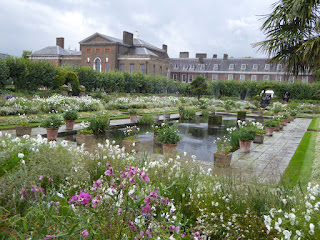 With them were representatives of the many charities she supported, including those helping AIDS sufferers and children in need. A Palace spokesperson said they were reflecting on her significant achievements and the legacy of her work, that continues to resonate with so many to this day. There were no plans for any events on the day of the anniversary itself - the two princes were marking the day privately. Later in the year, a statue in memory of the Princess will be placed in Kensington Gardens.
Posted by sandra at 20:28