It’s being billed as 'the greatest of forgotten battles': in 1667 the Dutch launched a daring raid on the Medway river in Kent, navigating treacherous shoals and currents to attack Royal Navy ships in  what had been regarded as a safe anchorage off Chatham. They burnt 13 vessels and towed away two more, including the flagship, the Royal Charles. It was the culmination of a series of tit-for-tat skirmishes and a crippling blow for the Royal Navy, already in a bad way because of lack of money. It led Charles II to agree to a quick end to the Second Anglo-Dutch War and a favourable peace for the Dutch. 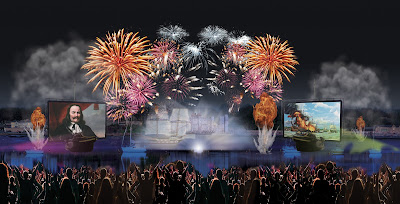 The 350th anniversary of the battle is being marked by Medway Council with a 10-day programme of events, including exhibitions, sporting events and a concert and culminating in a river-based finale (artist's impression, above), Medway in Flames. This will retell the battle through big screens, digital projection, and fireworks. 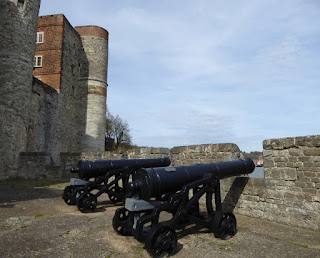 The backdrop to the event will be Upnor Castle, where you can still find guns used in the battle. A further big attraction will be two fleets, including some tall ships, that will be coming over from the Netherlands - the first on June 8 and the second on June 14 - to take part in the commemorations. 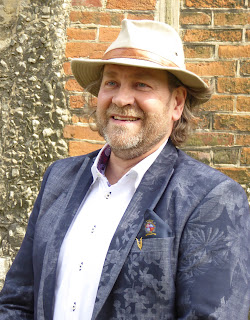 The mastermind behind this new Dutch invasion is Frits de Ruyter de Wildt (above), a direct descendant of the man who commanded the assault, Lieutenant-Admiral Michiel de Ruyter. During a  reconnaissance visit to Upnor Castle, he said that while his ancestor was known as the Great Terror of the Seas, this fleet would be coming not in fire, but in friendship. In fact, the raid was actually a blessing in disguise for England – it led to the complete rebuilding and reorganisation of the Royal Navy, with huge investment in new ships and dockyards. Much of this is still evident at the Historic Dockyard Chatham (below), which will be playing a major part in the festival. 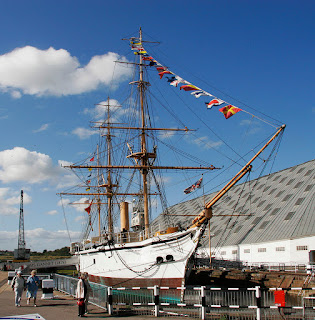 The rebuilding of the navy laid the foundation of British supremacy at sea for the next 200 years and contributed to Britain’s economic success and the growth of the empire. So rather than commemorating a defeat, Medway in Flames will be celebrating the centuries of friendship and trade between the two countries. After all, in 1689, just twenty-two years after battle, the Netherland's William of Orange and his wife, Mary, were invited to become rulers of England.
http://new.medway.gov.uk/news-and-events/battle-of-medway/medway-in-flames/
http://www.english-heritage.org.uk/visit/places/upnor-castle/
http://thedockyard.co.uk/whats-on/dutch-raid/
Posted by sandra at 18:27