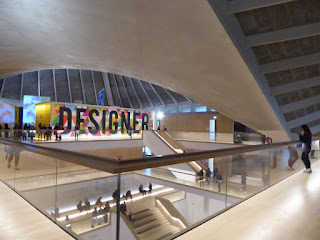 The Design Museum has moved from a former Thames-side warehouse (near Tower Bridge) to what was the Commonwealth Institute in Kensington High Street – not far from the V+A and Natural History Museum. The £83 million redevelopment trebles the count of space available, with a 202-seat auditorium, three exhibition galleries, a learning centre, library, restaurant, juice/coffee bar, two shops and work space for designers in residence. Its new home - the work of designer John Pawson, architects OMA and engineers Arup – is visually stunning. 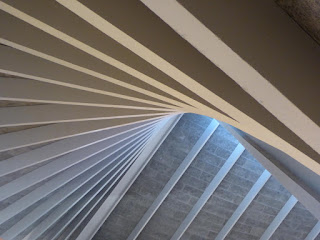 As you enter, your eyes are immediately drawn up to the hyperbolic paraboloid roof that is the only remaining part of the original 1960s structure. This swoops across the central atrium, its beams and angles playing with the light and forming patterns wherever you look. 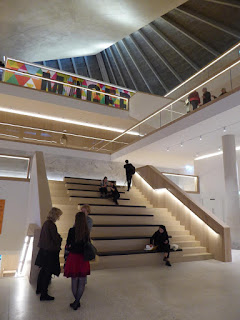 The central stairs, with handrails housing concealed LED striplights, have a central seating area, perfect for catching up with a friend or just having a break. The Design Museum is the brainchild of Sir Terence Conran. It had its beginnings in 1981 as the Boilerhouse Project in the basement of the V+A and in 1989 metamorphosed to become the Design Museum in Shad Thames. Sir Terence describes the opening of its new venue as “the most important moment of my career in design – so far. I don’t know what is next but it cannot be as exciting as this.” 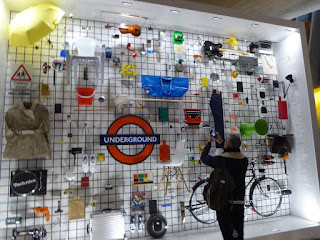 The top floor gallery houses a free permanent collection, Designer, Maker, User with a wall of 200 favourite designs chosen by the public. These range from an Anglepoise lamp, a London Underground roundel, a Bialetti coffee maker and pair of Levis to an Ikea shopping bag, a new £5 note and a very humble wooden clothes peg. The exhibition itself traces developments in everything from architecture and engineering to the digital world, fashion and graphics. 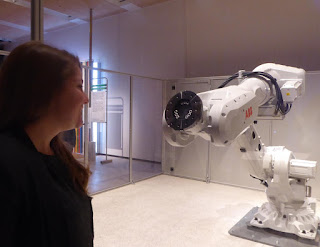 There’s a temporary exhibition on the ground floor, Fear and Love, with eleven widely-differing installations. Look out for the 1200kg industrial robot, transformed by Pittsburgh designer Madeline Gannon (above) into a sentient creature, Mimus, that swings over to investigate you, but then, if you don't do enough to keep its attention, darts off to find something more interesting. It’s designed to show that despite our fears and anxieties about robotics, we have the power to foster empathy and companionship between humans and machines. Madeline says when the museum is quiet and the area around the robot’s enclosure is still, it goes to sleep and snores – the noise based on that made by her pug. 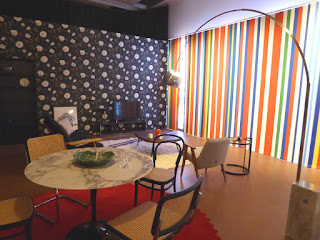 Another interesting installation, in response to the recent Brexit vote, is a Pan-European Living Room, furnished with a piece of design from each of the 28 European member states. It suggests that our idea of a domestic interior has been shaped by an ideal of European cooperation and trade. On the back wall is a colourful vertical blind in the form of a barcode flag. The red, white and blue strip representing the UK lies fallen on the floor. 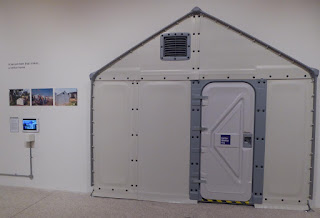 In the basement are the 70 or so nominees for Beazley Designs of the Year. These include the last David Bowie album cover, a robot surgeon and a drinkable book (a germ-killing paper filter with lifesaving information printed on it). There is also an Ikea flatpack emergency shelter for five people (above) that can be assembled in four hours without tools to create a safer home for displaced people. The winners will be announced on January 26, 2017. 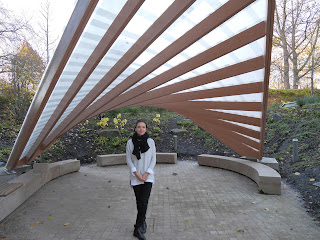 The museum also has four young designers in residence. One of them, Clementine Blackmore, has created a pavilion in the grounds that pays tribute to the original concept of the Commonwealth Institute building – a ‘tent in a park’ - by echoing the double-curved form of the roof. 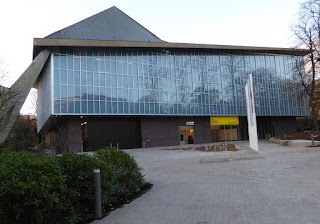 http://designmuseum.org/
Posted by sandra at 19:51