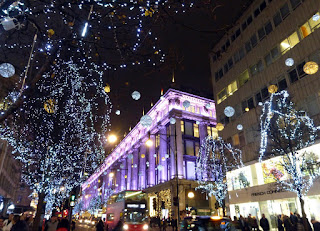 London's West End has really pulled out all the stops with its Christmas decorations this year. Here are some of the trees outside Selfridges department store in Oxford St. 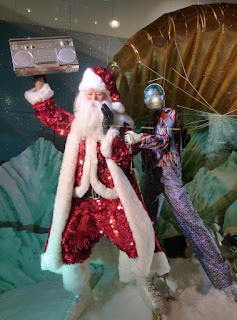 Pause outside the shop's windows and you'll find a series of glittering life-sized Santas. An explanatory video charts the year-long process of creating them. (Apparently it took 193 hours to sew on the Santa sequins.) 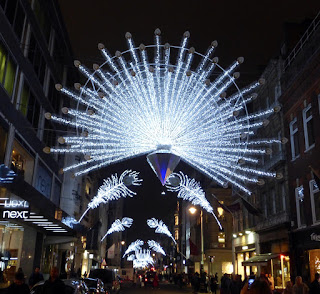 The Bond St decorations are always elegant, and this year is no exception. 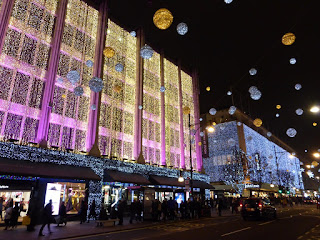 Department stores like House of Fraser and John Lewis have got into the festive mood with illuminated shop fronts. 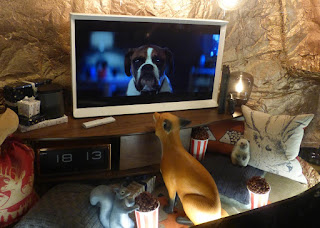 Some stores may have Santas, but John Lewis has returned to nature, with lots of woodland creatures and of course the trampolining dog from its television commercial. 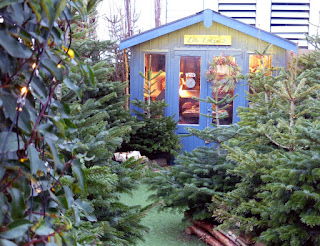 If you're in need of a break from the crowds, John Lewis has created a winter garden on its roof terrace. There are private dining cabins and a pop-up restaurant nestled among the fir trees. 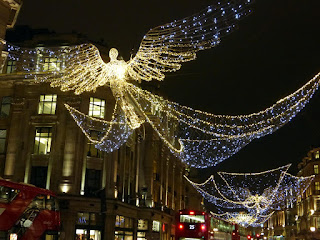 When you get to Regent St, you'll find a string of ethereal angels hovering over the traffic - stunning, and so much more attractive than the commercialised decorations that have cropped up in recent years. 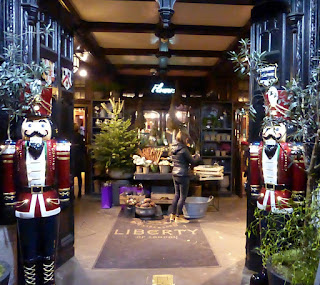 Liberty's decorations take their inspiration from the Royal Ballet and the Nutcracker, with these storybook figures flanking the doorway. 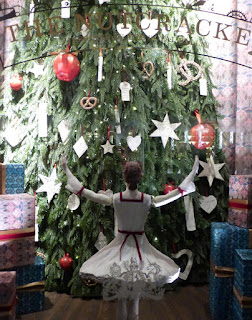 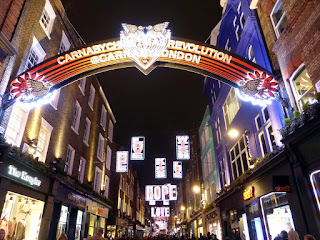 Around the corner, Carnaby St looks back its heyday in the Swinging 60's with a nod to the V+A's exhibition You Say You Want a Revolution. 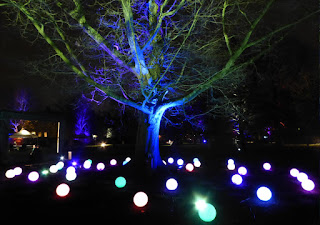 Should you feel like venturing further afield, the Dulwich Picture Gallery (which next year celebrates its 200th anniversary) has transformed its grounds with a Winterlights trail (until Dec 18). 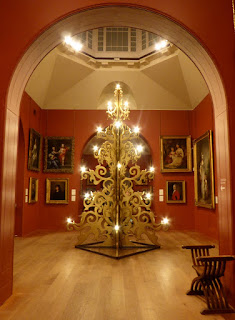 While you're there, you can see wintry masterpieces in the Gallery's collection, and admire the baroque Christmas tree, guaranteed not to shed needles. Season's Greetings everyone!