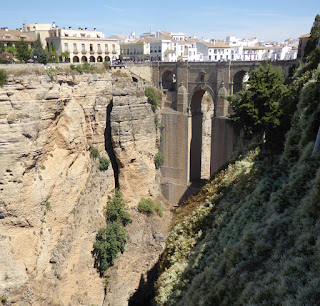 Ronda is one of the jewels of Spain's Andalucia region. Visitors have been going there for years to marvel at the dramatic El Tajo gorge that divides the town, and the 18th c Puente Nuevo bridge that straddles it - a feat of engineering that still carries traffic today. 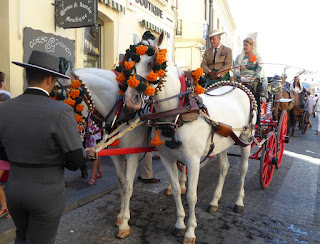 But when we arrived there on a Sunday in early September, we found it was the main street, outside the famous bullring, that was packed. Dozens of historic horse-drawn carriages were lined up, waiting to take part in the annual Ronda Feria. It’s staged by the Real Club de Enganches de Andalucia and attracts entries from all over Europe, as well as some of the British who live locally. The men were dressed in period costume appropriate to their carriages, while most of the women wore colourful dresses and mantillas. 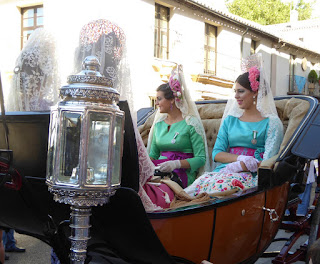 One by one, the carriages made their way into the bullring, to be scrutinised by the judges and applauded by the spectators who’d been lucky enough to get seats. (Later, I stood on tiptoe and managed a peek inside.) 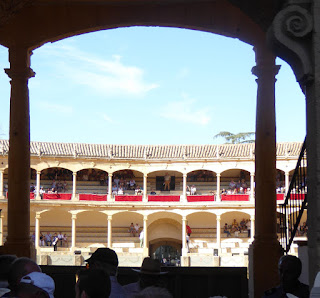 The whole town was celebrating. All other traffic was stopped, and locals and visitors thronged the surrounding streets. 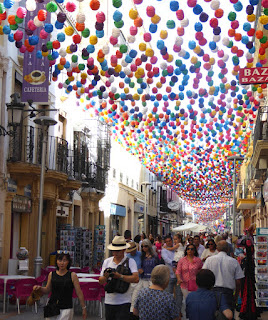 The icing on the cake came afterwards, as members of the Royal Escort Squadron paraded through the town on horseback, helmets gleaming. 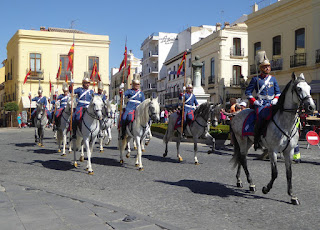 We never did discover who had won the Champion of Champions trophy, but it didn’t matter. To us, all the beautifully groomed entrants were winners. 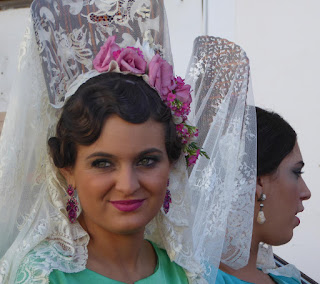