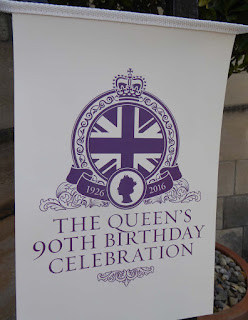 Celebrations of the Queen’s 90th birthday continue in Windsor this weekend, with a four-day pageant in the private grounds of Windsor Castle.  There’ll be music, song, dance and equestrian displays celebrating the Queen’s love of horses. It also tells the story of the Queen’s life, from her birth in 1926, through World War II to her coronation in 1953 and a reign spanning 63 years, making her Britain’s longest-reigning monarch. 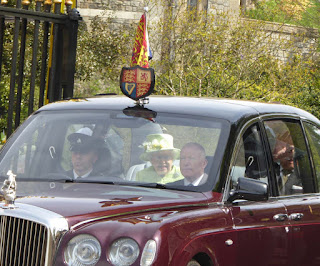 I watched on her actual birthday, April 21, when she went on a walkabout outside the Castle and then, with Prince Philip, drove past the cheering crowds. The town looked magnificent, with special shop window displays, bunting and decorations. Events, including street parties and a Celebration Race Night on May 16 at Windsor race course, continue throughout the summer, so it’s a great time to visit the Royal Borough. 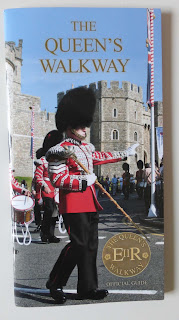 For those who want to know more about the area, a booklet (above) and an app are now available which detail a self-guided tour of a new walkway that connects 63 of the area's most significant attractions. These range from William the Conqueror’s Castle (below), where the Queen and her sister, Princess Margaret, spent most of World War II, to Windsor Great Park, Frogmore and the Royal Mausoleum, the Guildhall and the replica of Queen Victoria's train at Windsor Central Station. 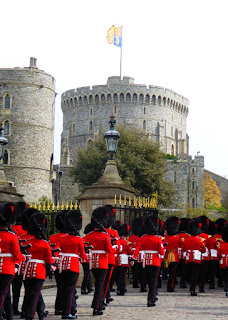 There are also some lesser-known sights, such as the Heritage Garden, which dates from the 13th century, and the Footway Clock, the original of which was installed in the pavement in 1950 to advertise a local clock-making company. The walkway was designed by the Outdoor Trust and draws on the success of the Jubilee Walkway and the Jubilee Greenway in London. It covers 6.3 km (about 4 miles) and takes some 2 hours to complete.
For more details, and to download the app, see http://www.outdoortrust.com/
For tourist information: http://www.windsor.gov.uk/