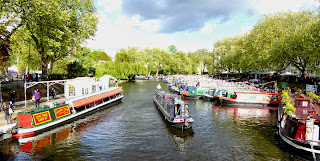 Little Venice, near London’s Paddington Station, is even more colourful this May Day Bank Holiday weekend.  The annual Canalway Cavalcade is being held in there in the pool, where the Grand Union Canal and Regent's Canal meet. 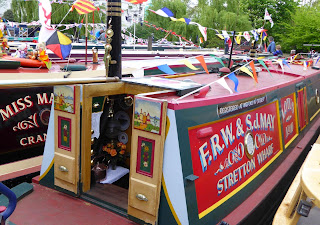 Around 130 narrowboats from all over the country have gathered to celebrate, with plenty of very British fun, including Morris dancing, bunting, music, a real ale tent, stalls and entertainment for youngsters. 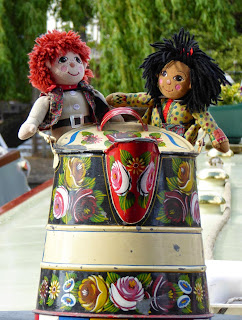 The free event, now more than 30 years old,  is organised by the Inland Waterways Association, and is the celebration of a great success story. Almost 200 years ago the canals were the motorways of their day, transporting goods and people across the country during the Industrial Revolution. Then in the 1820s came the railways, with faster and cheaper options. Canals, especially rural ones, fell into disuse, and many were closed. But after WW2, people began to appreciate the leisure opportunities they offered. The IWA was formed to campaign for their continued use, and has been pivotal in restoration of the network. 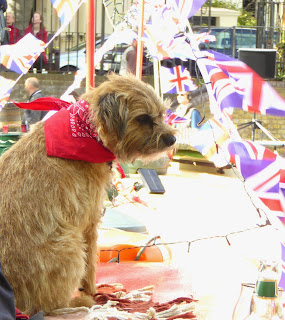 Many of the boats on show this weekend are available for hire, and I’m sure visitors thronging the towpaths will be tempted to try a holiday afloat.
https://www.waterways.org.uk