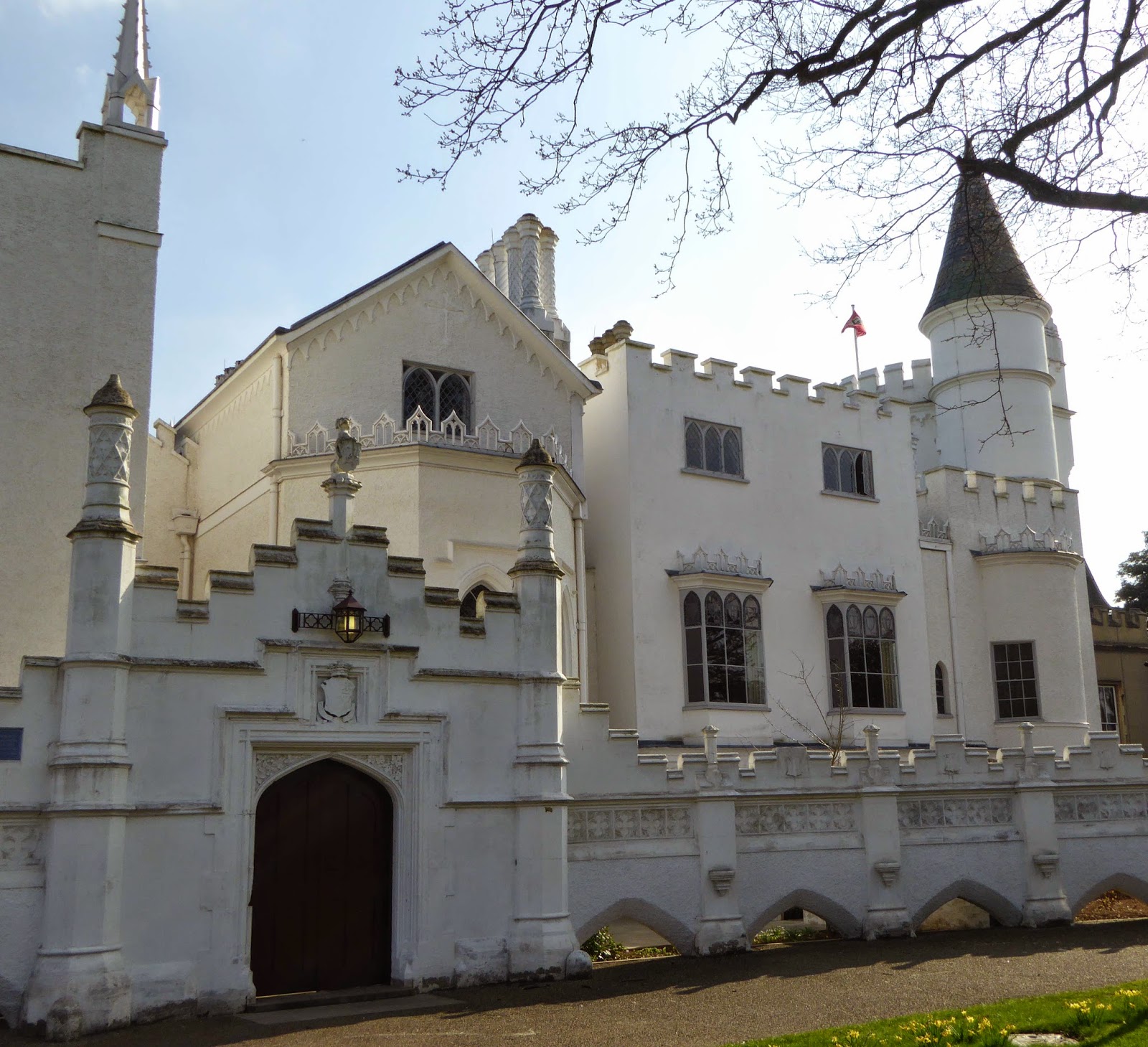 Horace Walpole’s Gothic fantasy, Strawberry Hill, has reopened for the summer, with five 'private' rooms, including his bedchamber and the room in which he died, restored and included in the self-guided tour for the first time.

The building is now surrounded by suburbia but when Walpole began rebuilding what was a small house in 1749, it had sweeping views down to the Thames at Twickenham. He and his architects looked to the past and drew inspiration from historic buildings everywhere: fan vaulting in Westminster Abbey, tombs, even the Queen’s Dressing Room at Windsor Castle. 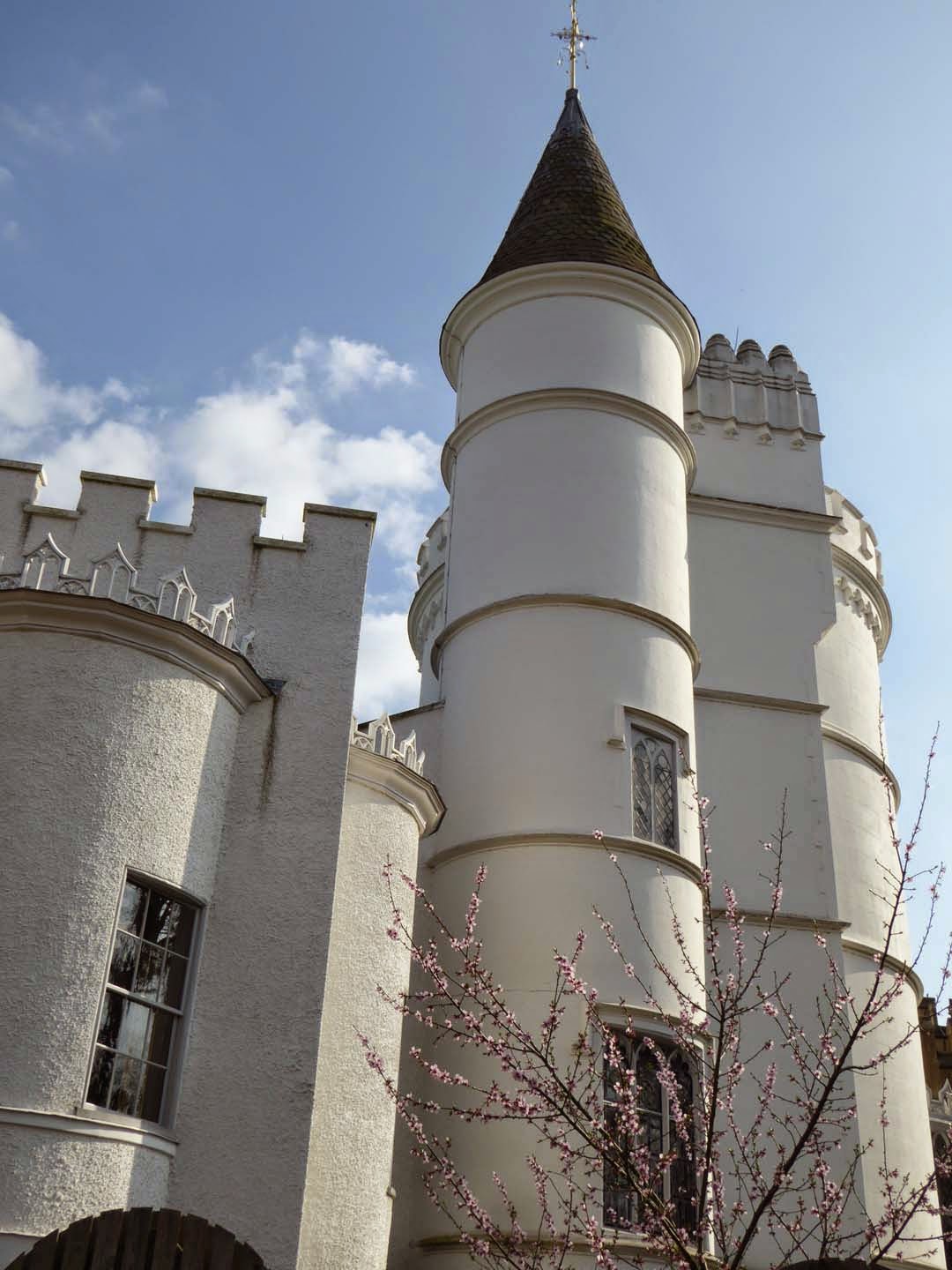 There are towers, crenellated battlements, elaborate chimneys and pointed arches. This ‘gingerbread castle’ became not only the marvel of the neighbourhood, but so famous that even royalty came to visit. In a letter to Horace Mann in 1763, Walpole complained: My house is full of people, and has been so from the instant I breakfasted, and more are coming; in short, I keep an inn; the sign 'The Gothic Castle' ...my whole time is passed in giving tickets for seeing it, and hiding myself when it is seen. 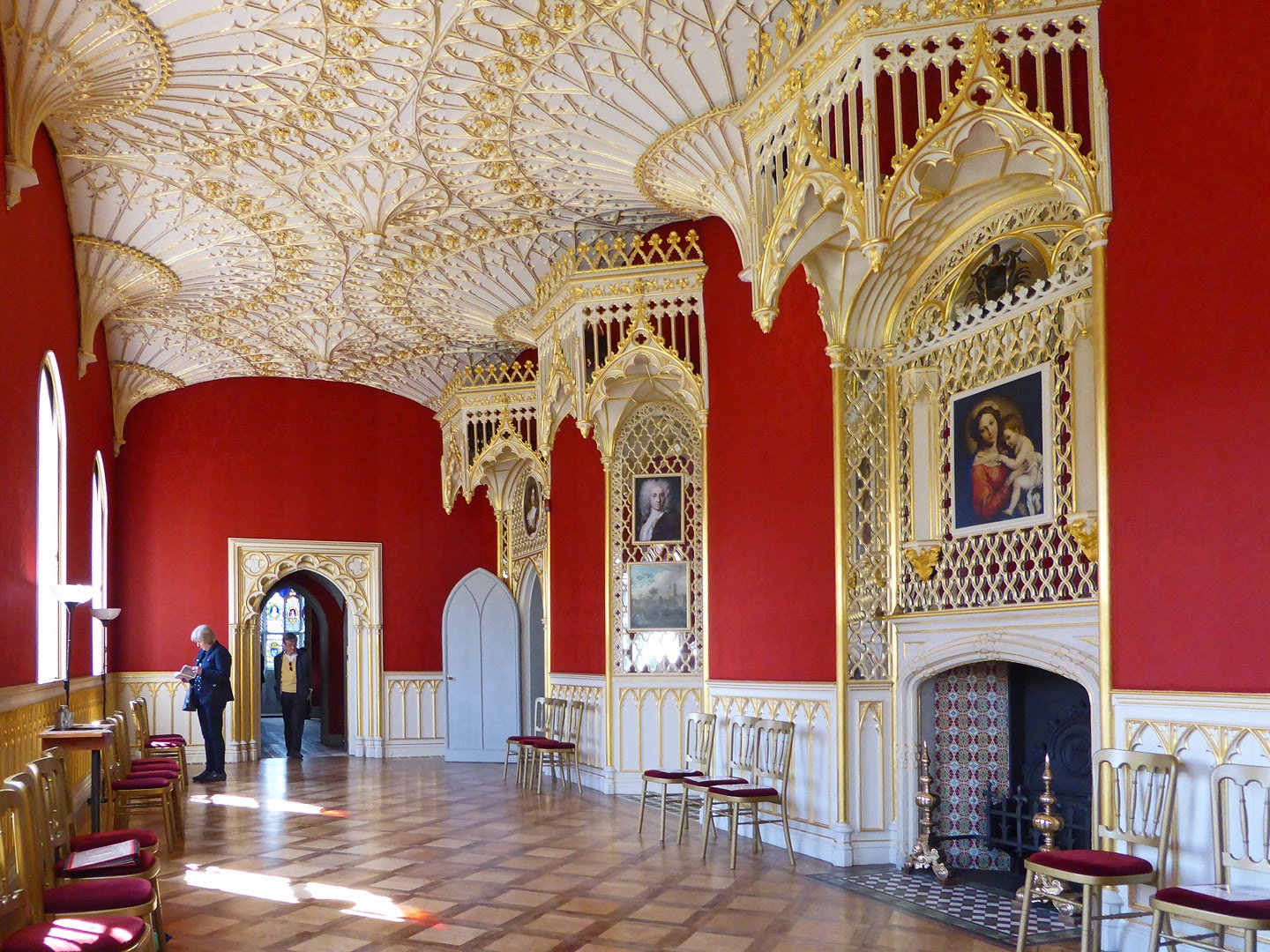 Today the interior decor has been rescued and carefully restored to its original glory. It still amazes, especially the Gallery (above). But sadly the rooms have lost their extensive collection of furniture and treasures. You look in vain for what was said to be the golden armour of Francis I or for Cardinal Wolsey's red hat, once displayed in the Holbein Chamber (below) - after Walpole’s death, successive owners sold off the contents. 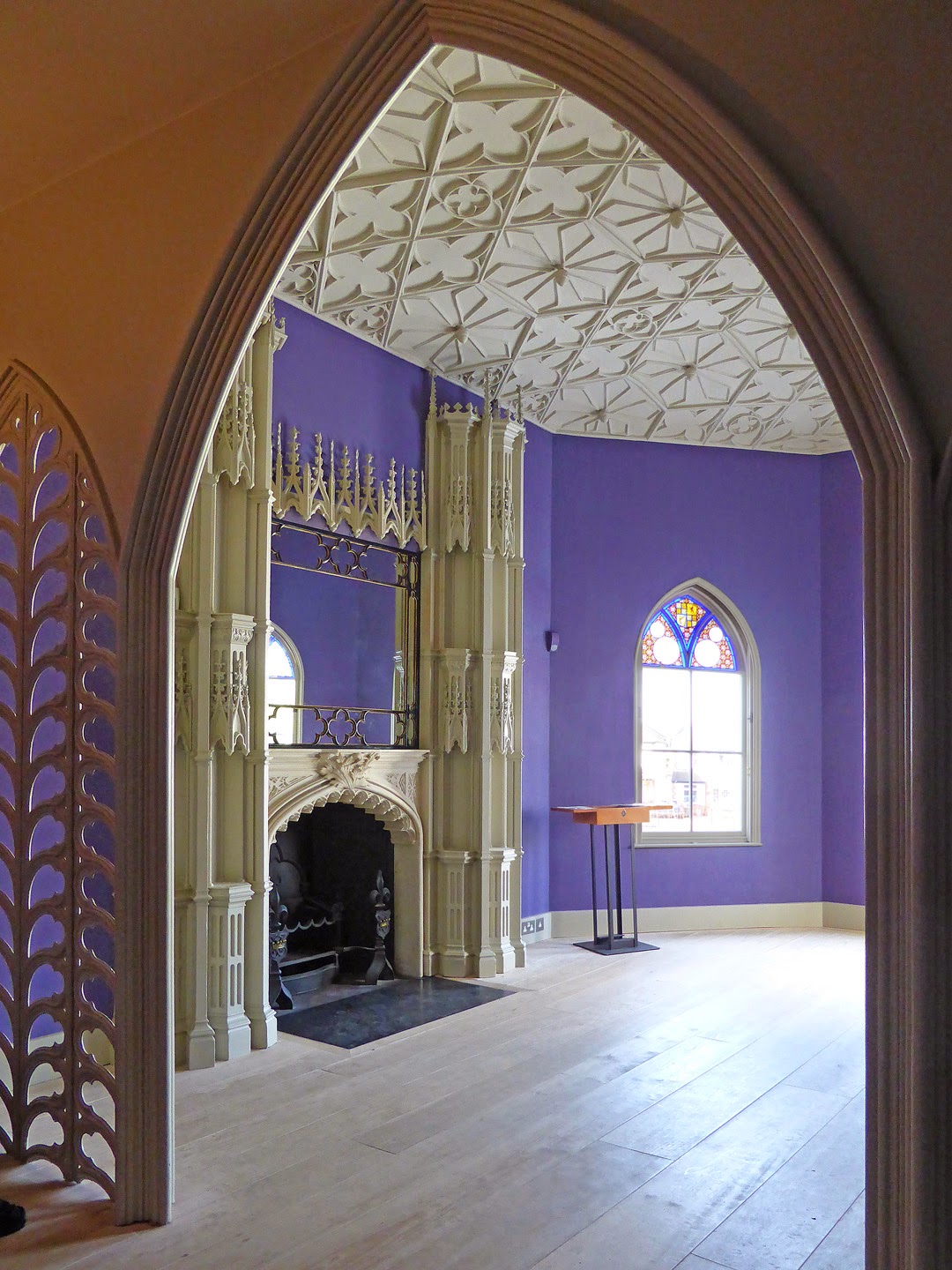 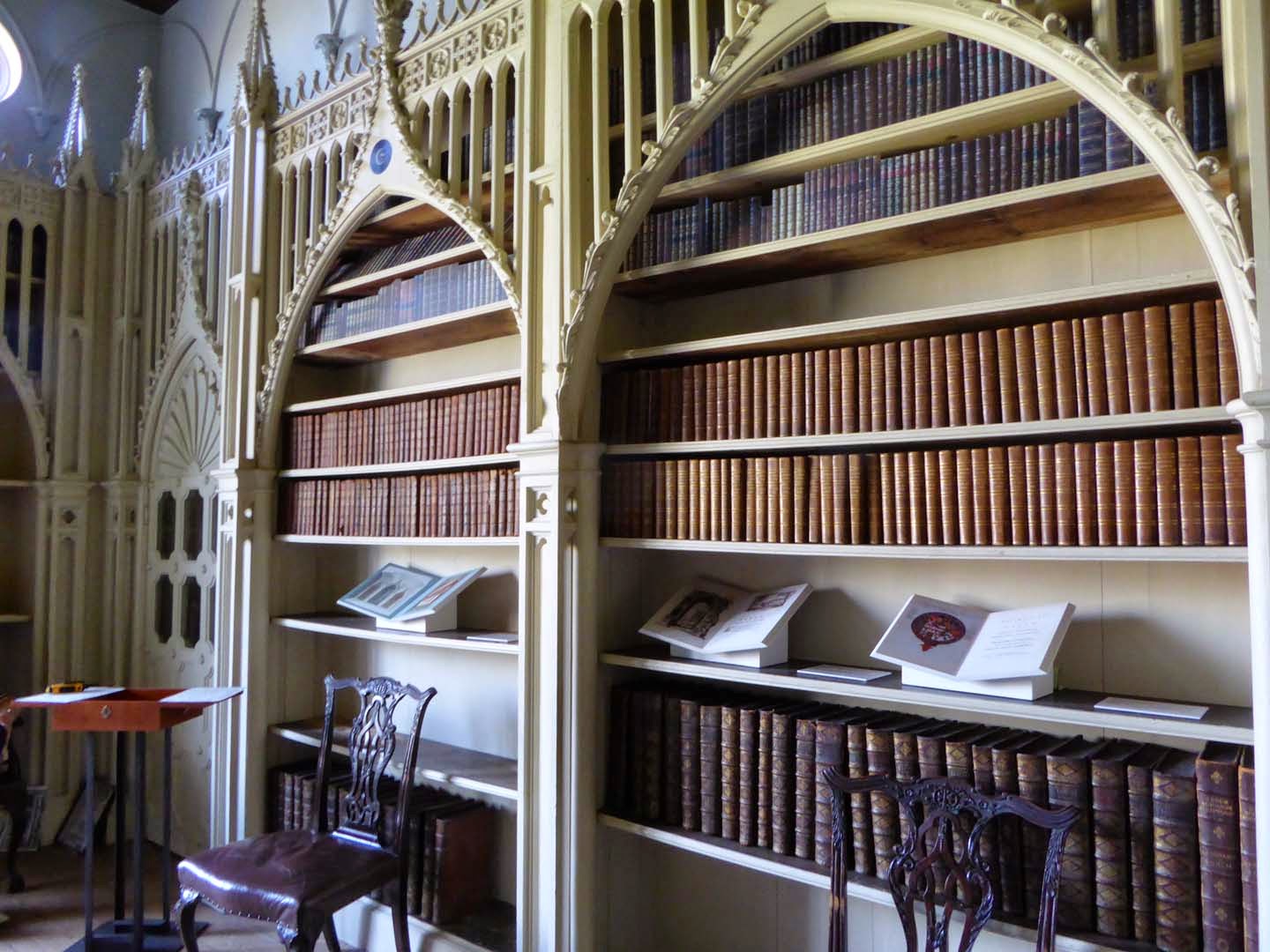 However, thanks to the trust that now cares for the house, there are again books in the library (left) and pieces of replica furniture. The search goes on for the original contents and it's hoped that some may be found and brought back, perhaps on loan. (The rose-wood cabinet in which he kept his priceless collection of miniatures and other valuable items is in the Victoria and Albert museum.) 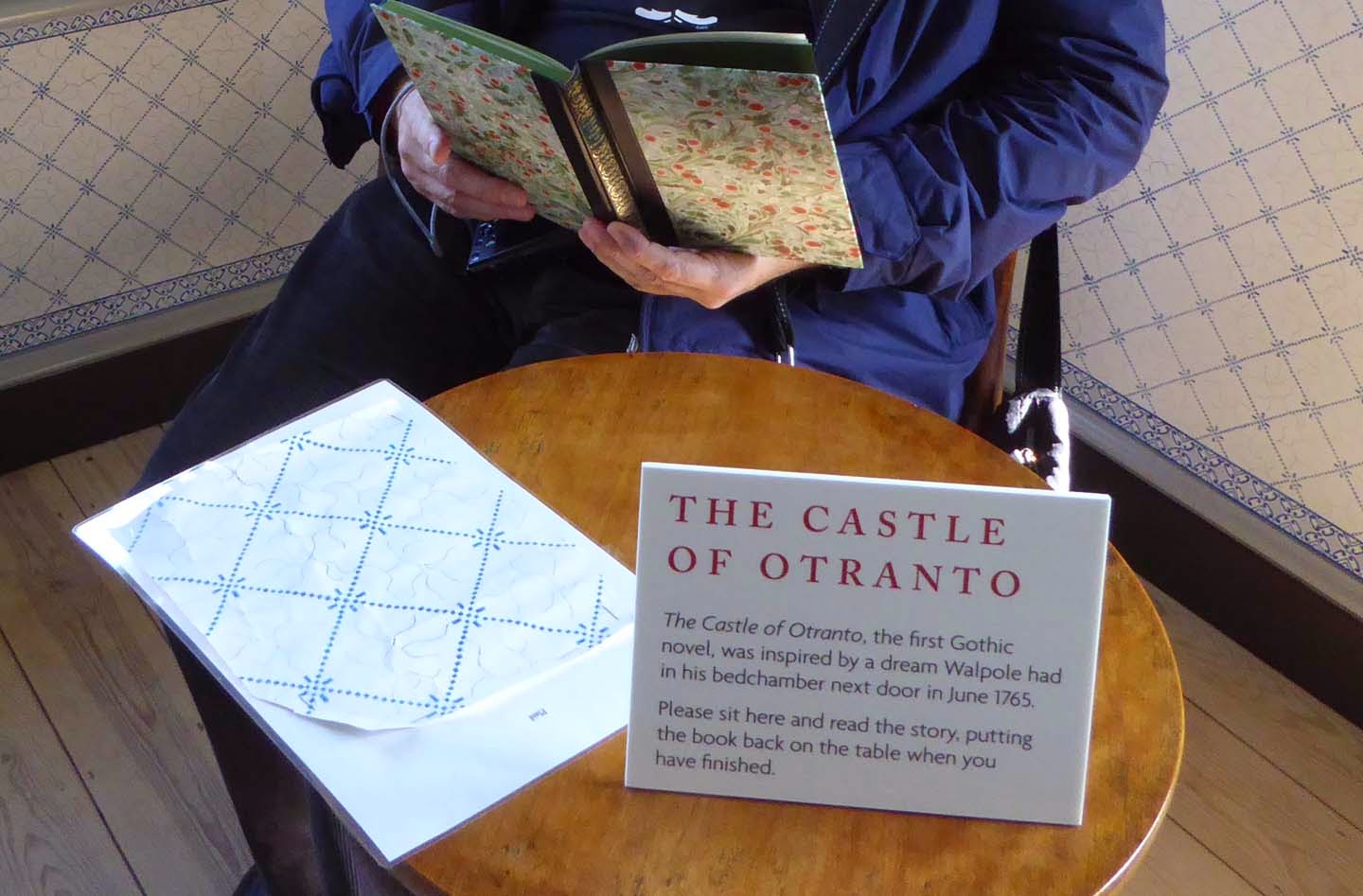 There’s a nice touch in the small room adjoining Walpole’s bedroom:  you can sit at a small circular table and read his most famous work, The Castle of Otranto. This, the first gothic novel – a precursor to Bram Stoker’s Dracula and Mary Shelly’s Frankenstein -  was inspired by a nightmare he had in June, 1765. It’s full of wronged maidens, doomed romance and supernatural horror. Later he wrote: I had thought myself in an ancient castle (a very natural dream for a head filled like mine with Gothic story) and that on the uppermost banister of a great staircase I saw a gigantic hand in armour. In the evening I sat down and began to write, without knowing in the least what I intended to say or relate.

Little could Walpole have known as he put pen to paper that his outpourings would spawn a whole subculture that continues to thrive 250 years later. See the staircase and dream. 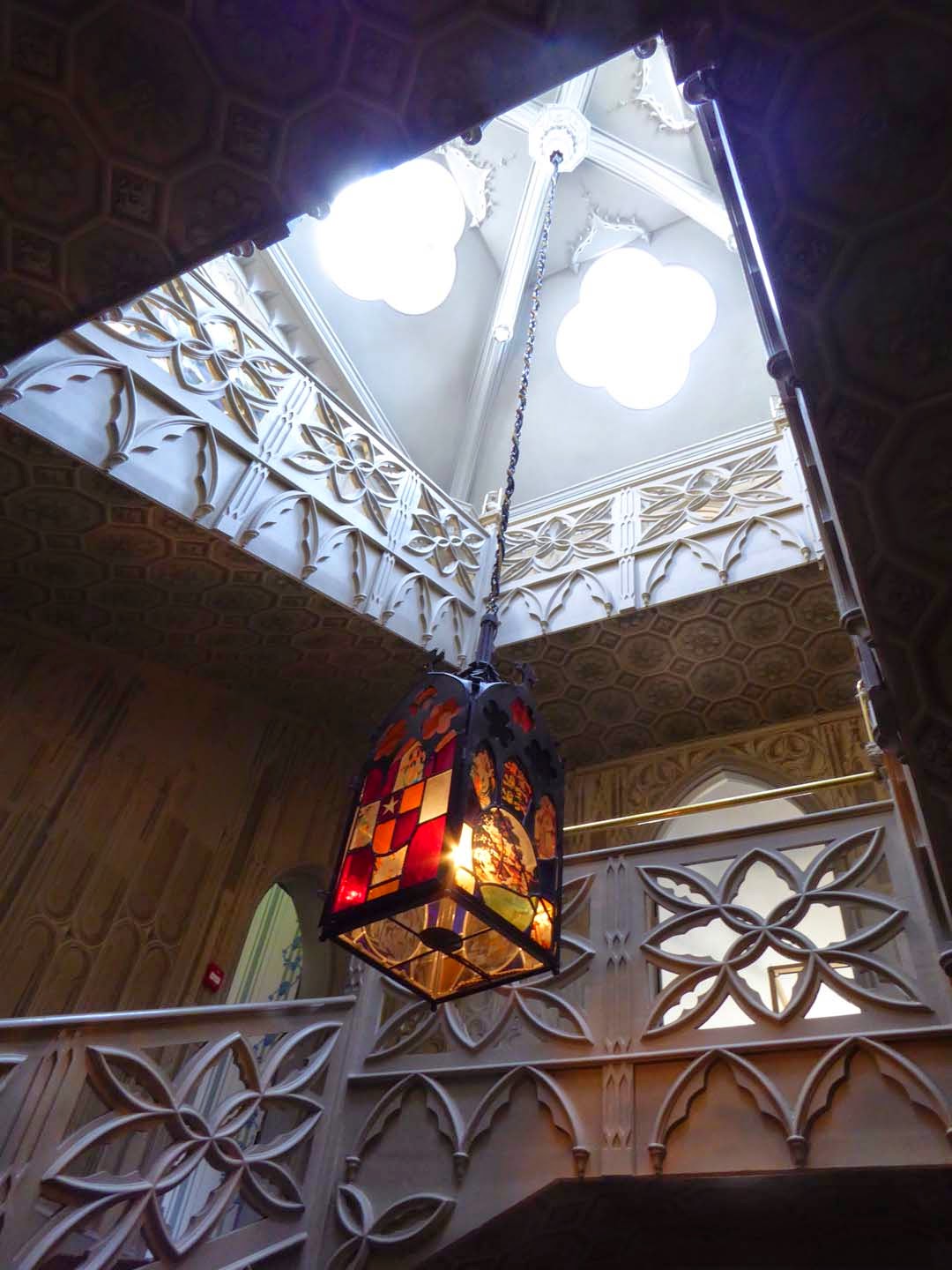