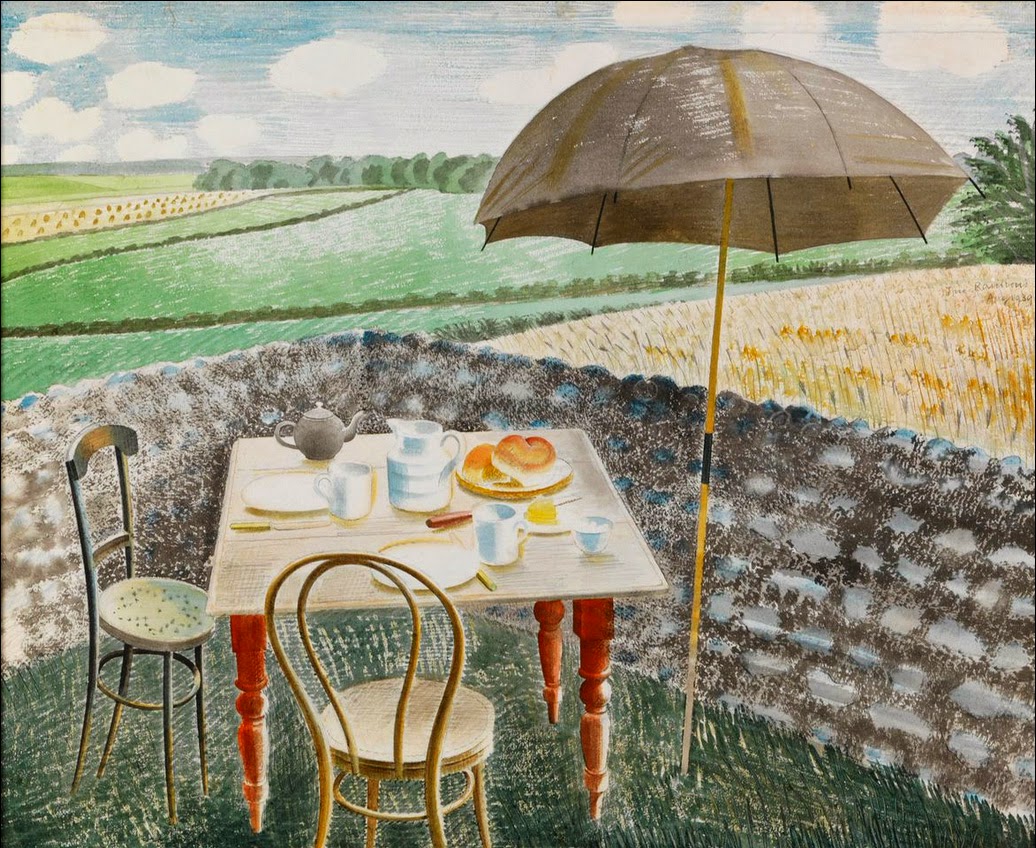 It's well worth the journey to south London for this fascinating new exhibition. Eric Ravilious (1903-1942) had a career that spanned both peace and war. The show concentrates on his watercolours, with 90 or so works on display, many from private collections, and not often seen.
They capture fleeting moments: landscapes, gardens and buildings in sun and rain, but with a distortion or unusual angle that is disquieting and makes you look again. (Left: Tea at Furlongs, 1939, ©The Fry Collection) 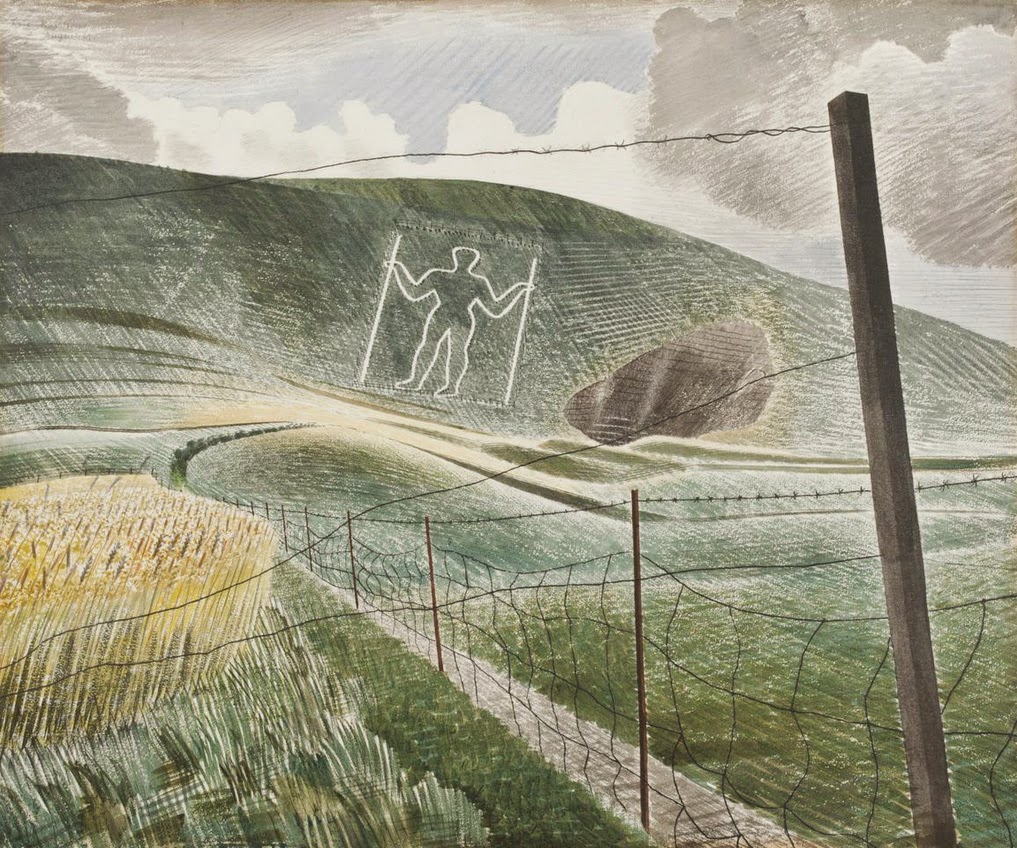 The Wilmington Giant (©Victoria and Albert Museum), carved into a hillside, is seen through a barbed-wire fence; the White Horse of Westbury is glimpsed through the window of a train carriage, as if someone rushed to take a photo, but didn’t hold the camera straight. November 5 (Private Collection) shows back gardens on Guy Fawkes night. You look down at firework parties and excited crowds, but then see that in one back yard revellers are wearing animal heads – a pagan ritual, perhaps? 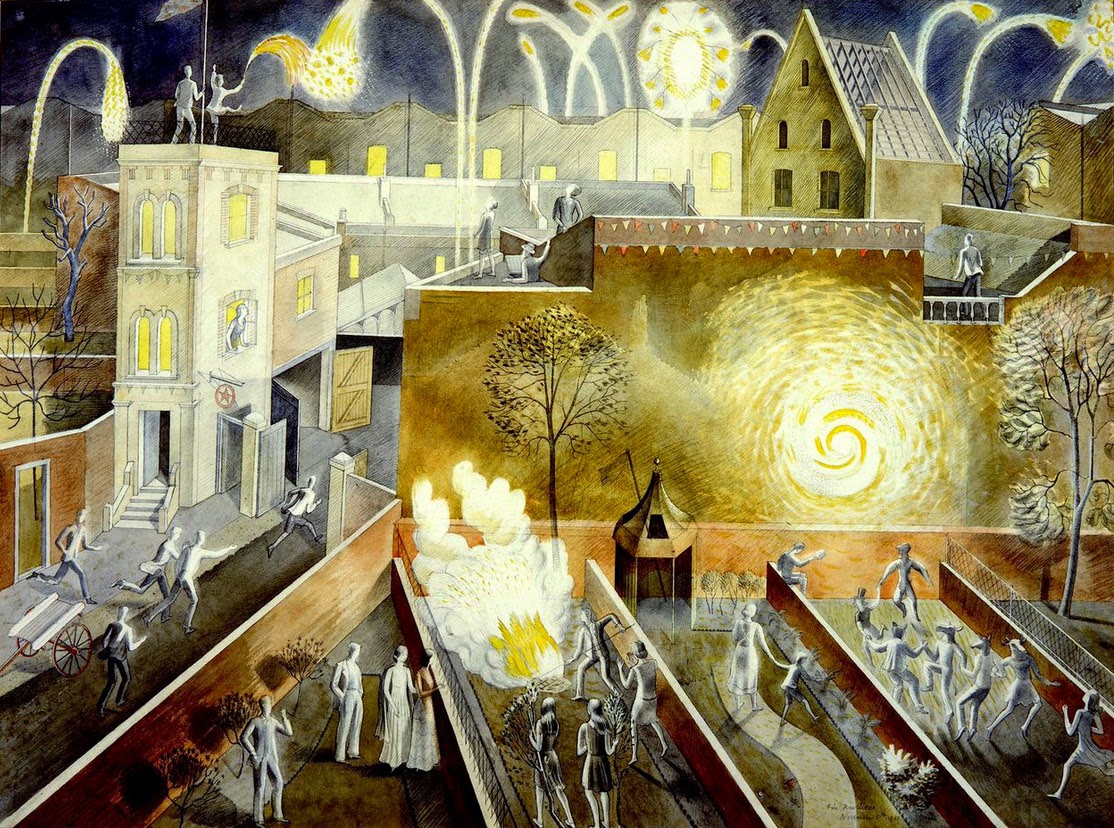 In 1939 Ravilious was invited to become an official war artist, with the rank of honorary captain in the Royal Marines. He worked in the UK, the Arctic, Norway and Iceland, his subjects ranging from the meticulous portrayal of the control rooms below London to ship convoys, bomb-defusing operations, gunfire, warplanes in action and life in the confined quarters of a submarine. (Below: Hurricane in Flight, Private Collection). 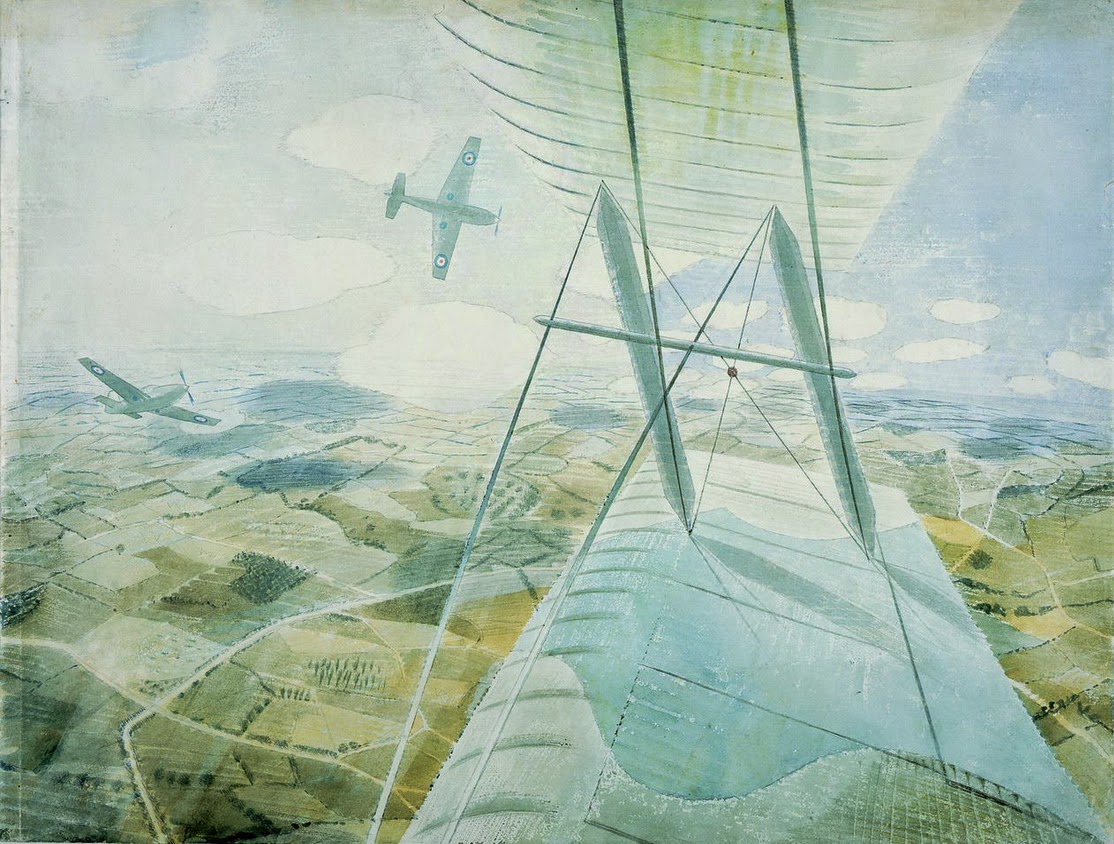 In 1942 he flew to Iceland with the RAF and joined an air-sea rescue mission, only to be lost when his aircraft disappeared. He was 39. (Below:Midnight Sun © Tate London). 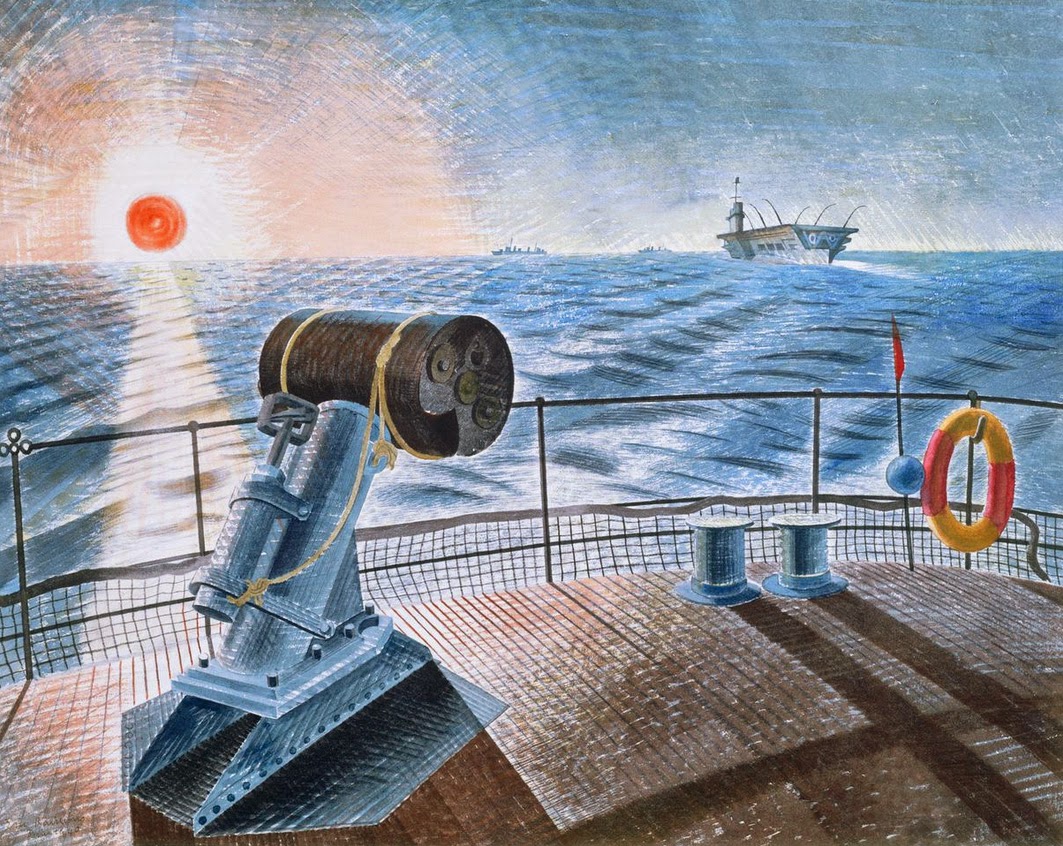 The exhibition takes a thematic approach to his too-brief career, showing how Ravilious integrated rather than abandoned many of his ideas and instincts when he became a war artist. It starts with Relics and Curiosities - paintings that reveal the artist's fascination with interesting objects – then moves on to Interiors, Figures and Forms, Place and Seasons, Changing Perspectives and Darkness and Light, with excellent explanations and descriptions by the curator, James Russell.  It’s the first major exhibition of Ravilious’s works to concentrate on his paintings rather than his print-making, and shows why he is now regarded as one of the 20th century’s finest watercolourists. I'd seen only  isolated examples of his art in the past, so having so many paintings brought together and put in context was a real revelation. Thoroughly recommended.

Dulwich Picture Gallery, to August 31
http://www.dulwichpicturegallery.org.uk
Posted by sandra at 19:09