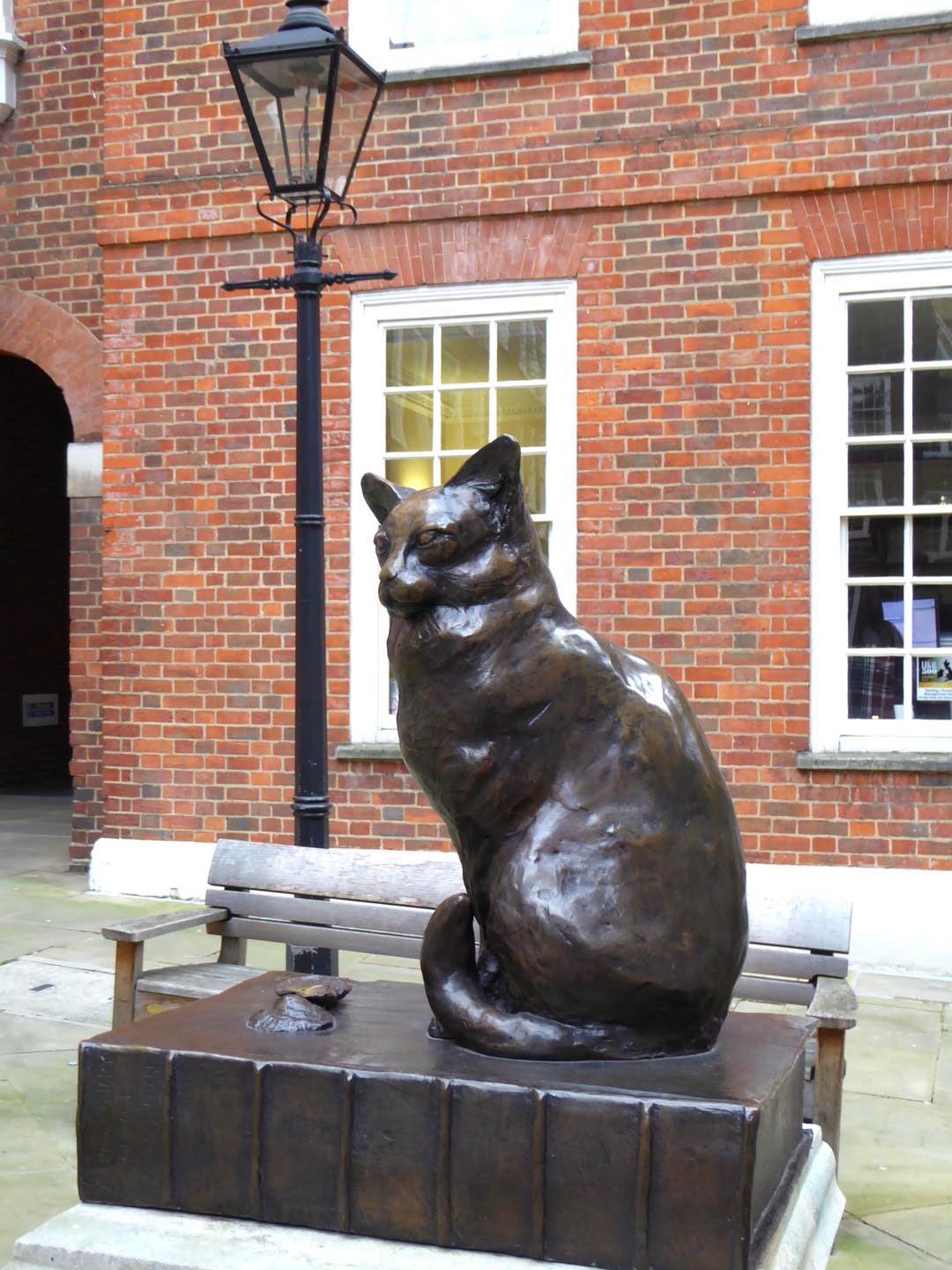 It’s not often you see a statue of a cat, which is what made me pause in Gough Square, just off London’s Fleet St, the other day. On a plinth was a slightly grumpy-looking feline, cast in bronze and sitting on a large book. Beside it were some empty oyster shells.  The cat, of course, is Hodge, the indulged companion of the 18th c writer Samuel Johnson, whose house (below) on the opposite side of the square is now a museum, and the book is the famous dictionary Johnson compiled.
Hodge was remembered  by James Boswell in his biography of Johnson: 'I recollect him one day scrambling up Dr Johnson’s breast, apparently with much satisfaction, while my friend smiling and half-whistling, rubbed down his back, and pulled him by the tail; and when I observed he was a fine cat, saying, “Why yes, Sir, but I have had cats whom I liked better than this;” and then perceiving Hodge to be out of countenance, adding, “but he is a very fine cat, a very fine cat indeed.” ' 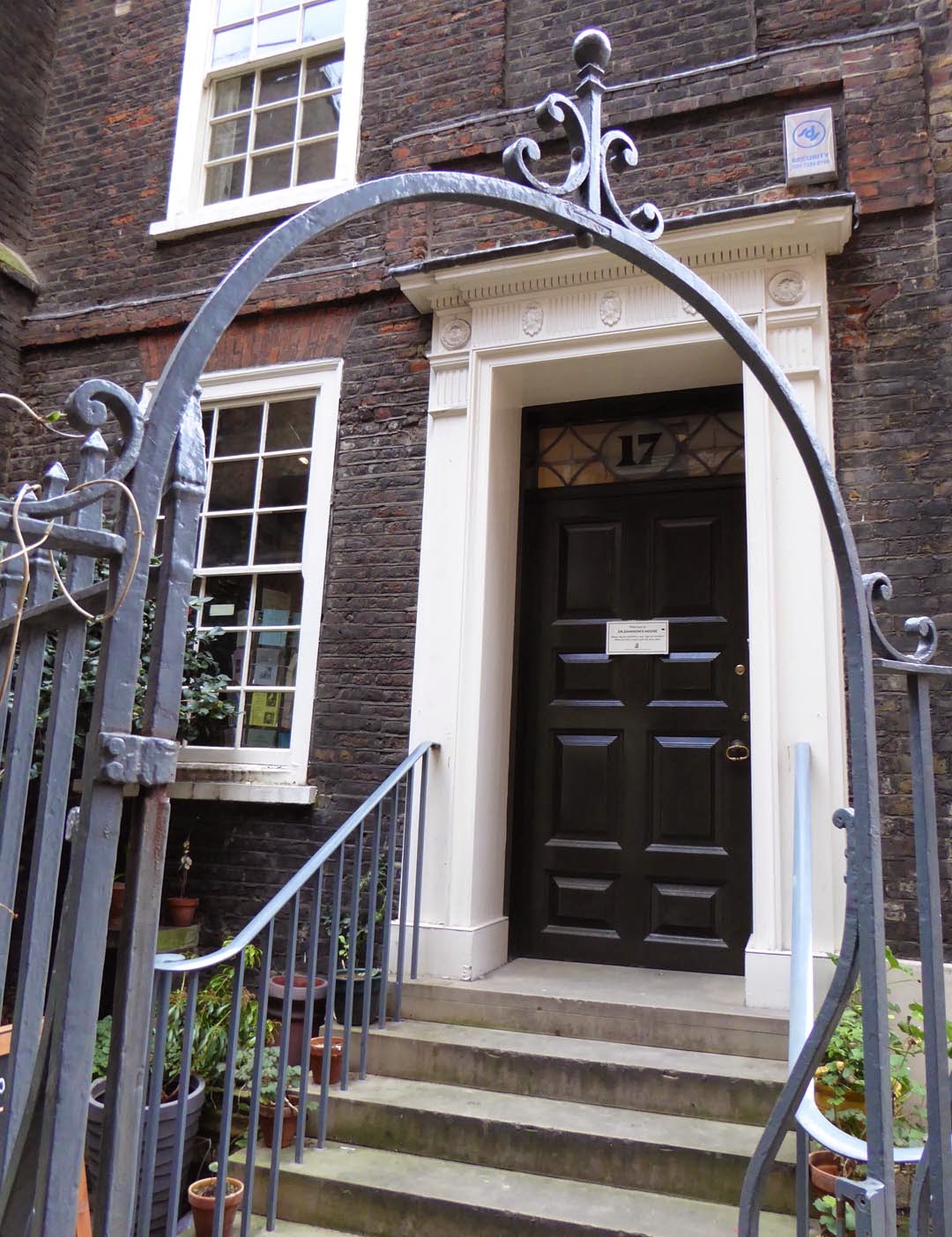 Although oysters are today an expensive delicacy, in the 18th c they were cheap and a staple food of the poor.  Boswell recalled that Dr Johnson used to go out and buy oysters for his cat “lest the servants having that trouble should take a dislike to the poor creature.”
It seems Hodge was black. When he  died, his life was celebrated in ‘An Elegy on the Death of Dr Johnson’s Favourite Cat’ by Percival Stockdale, published in 1778, which describes his fur as ‘sable’: "Who, by his master when caressed, warmly his gratitude expressed, and never failed his thanks to purr, whene'er he stroked his sable fur."
The statue is by sculptor Jon Bickley and was installed in 1997. It was modelled on his own cat, Thomas Henry.
Posted by sandra at 22:51