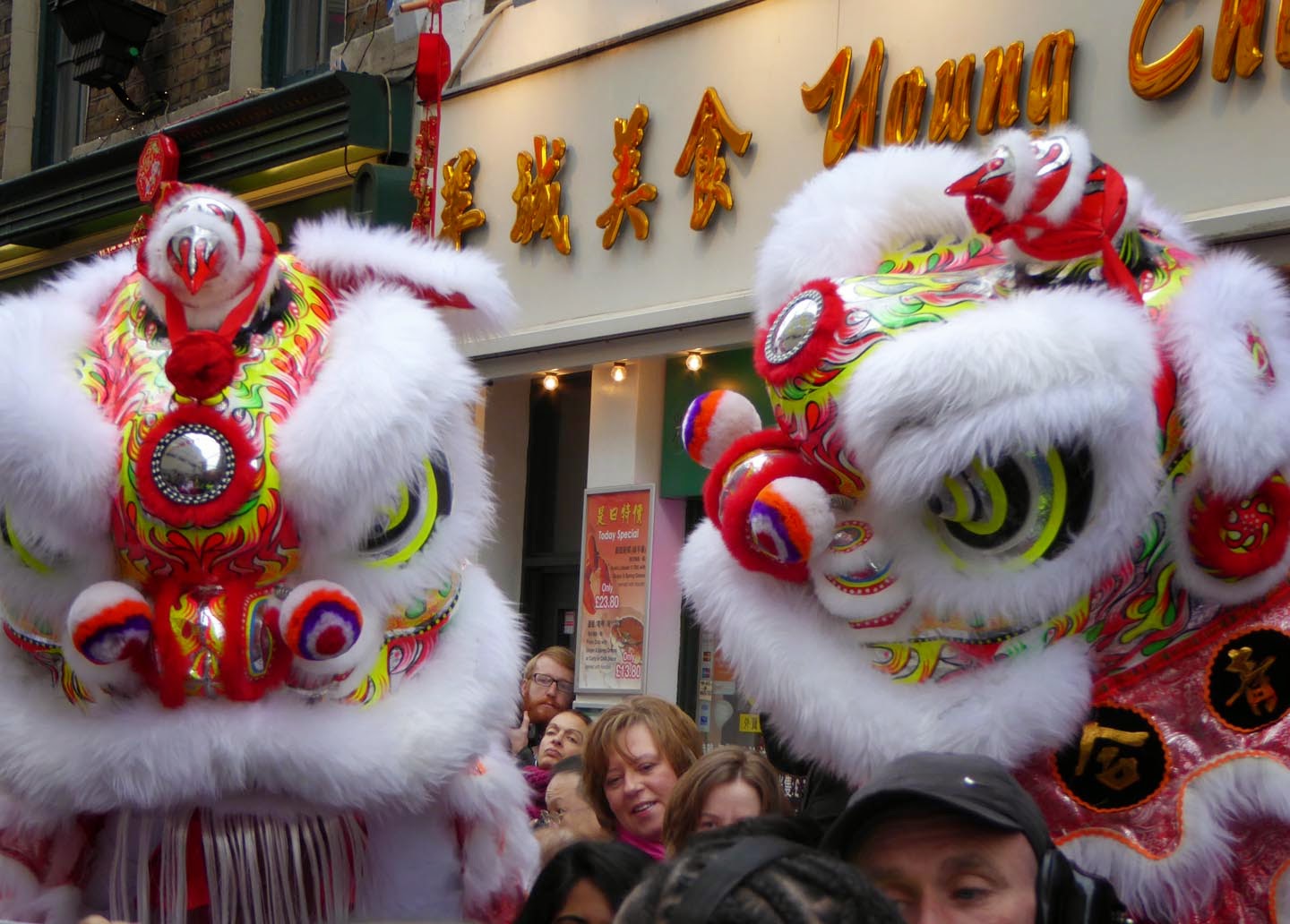 Thousands of people were in central London today to welcome in the Chinese New Year. The narrow streets of Chinatown, by Leicester Square, were tightly packed as people jostled to get a glimpse of the Lion dancers and drummers parading past. 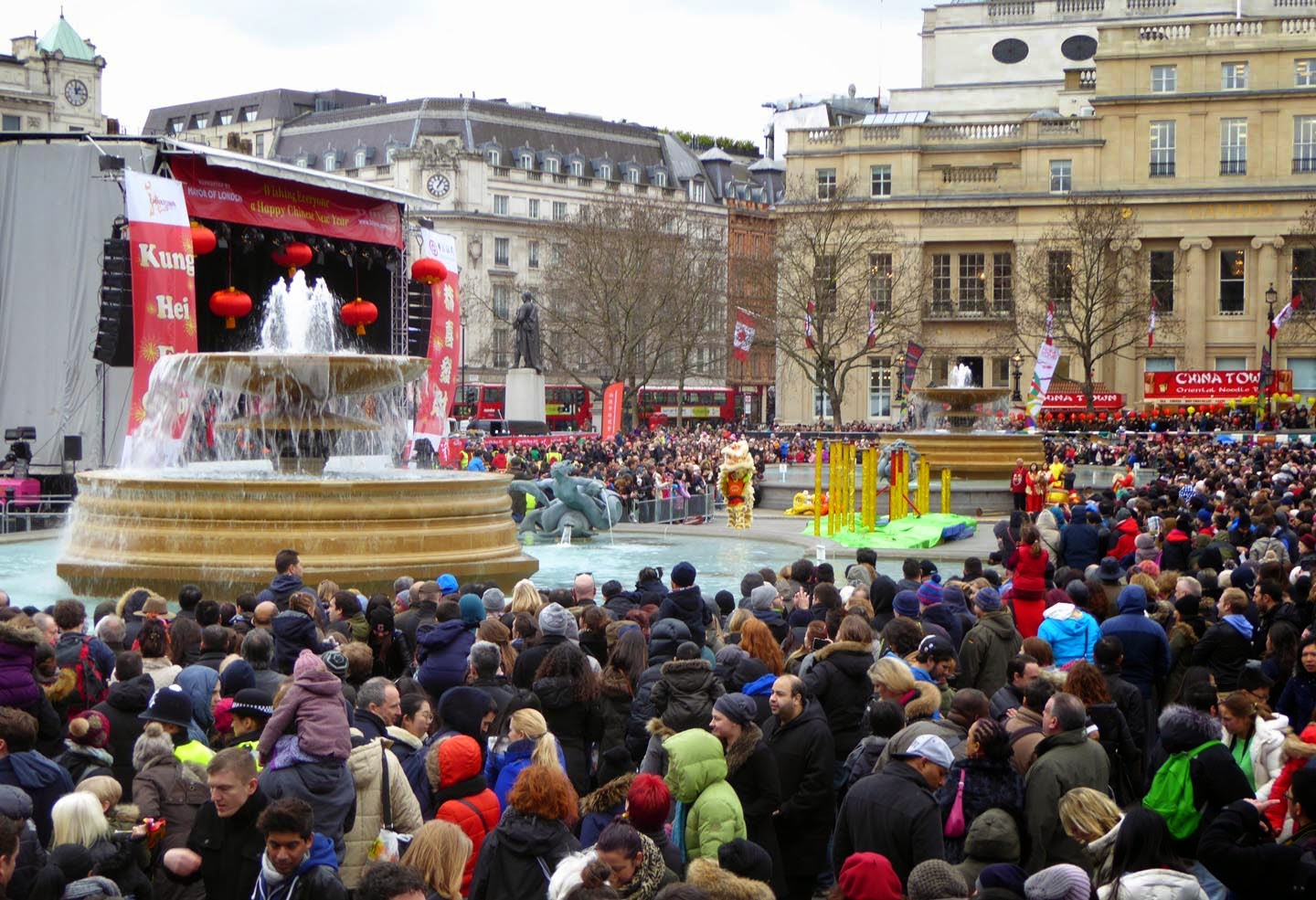 In Trafalgar Square, where a huge stage had been erected, there were firecrackers, speeches, music, and spectacular dance and acrobatics. 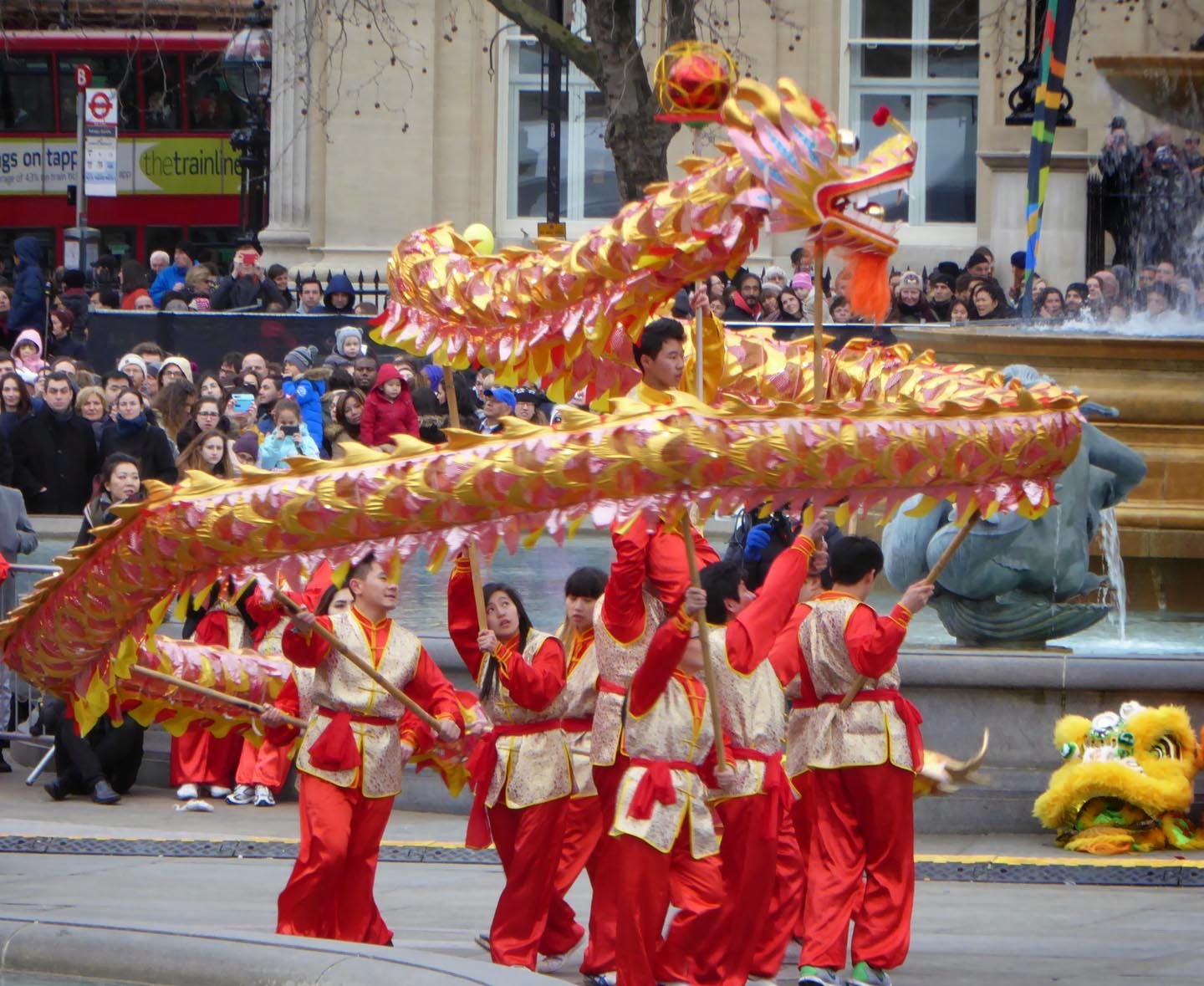 A red dragon leapt and twirled in front of the fountains, delighting the crowds. 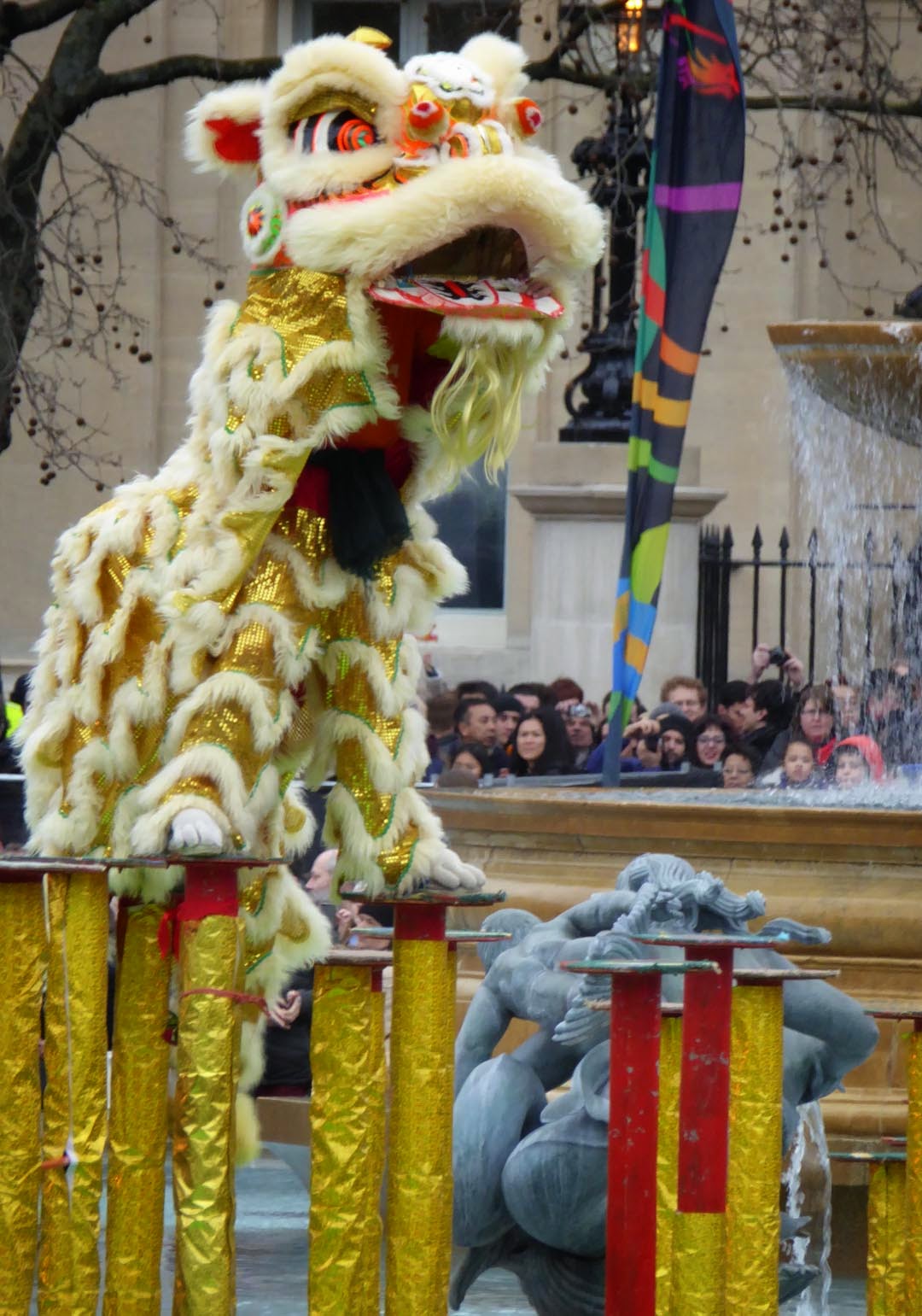 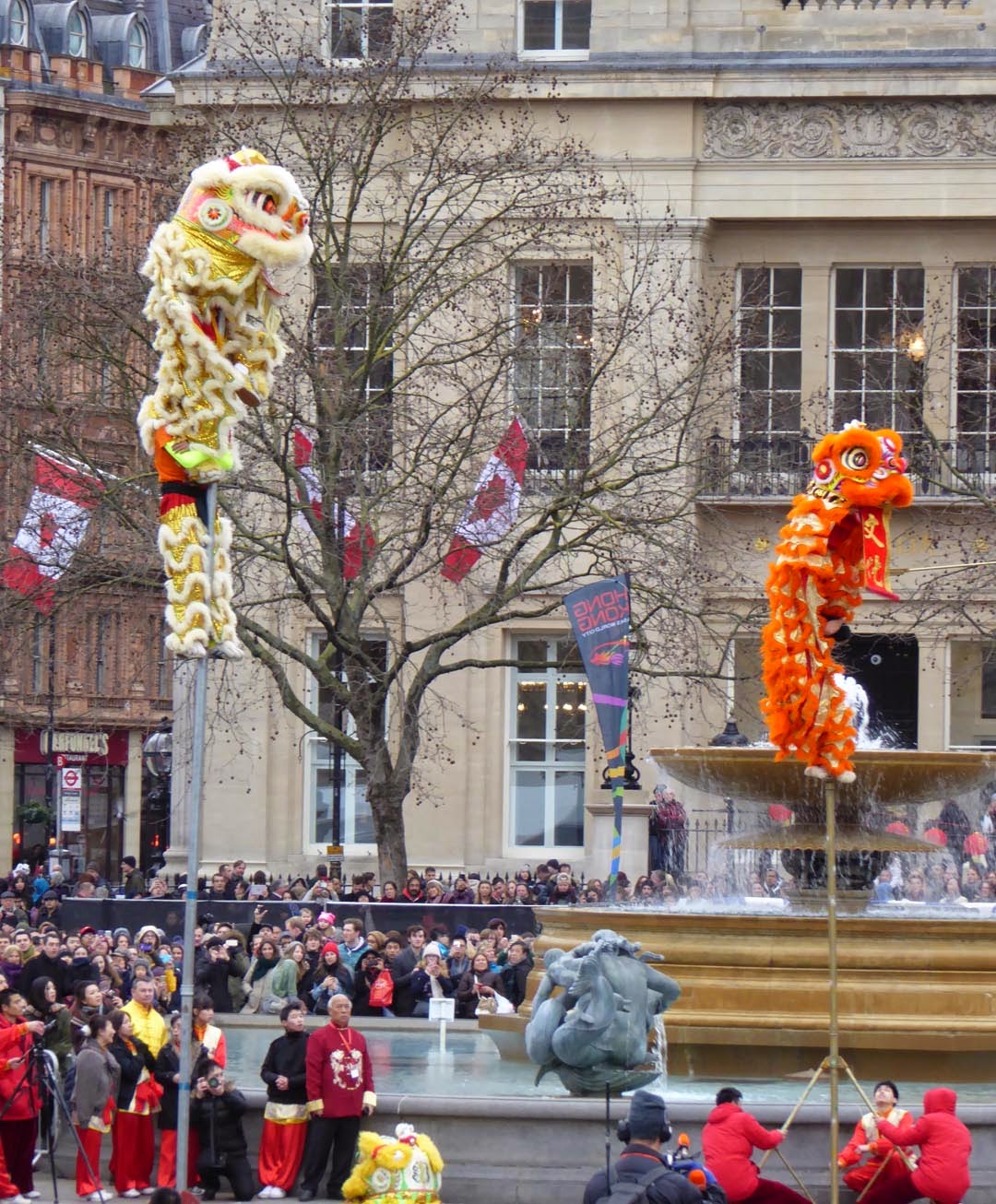 And then, somehow, they shinned up two poles as helpers tried to keep them steady.

The event is the biggest of its kind in the UK and is organised by London Chinatown Chinese Association.
An amazing start to the Year of the Sheep.
Posted by sandra at 23:51