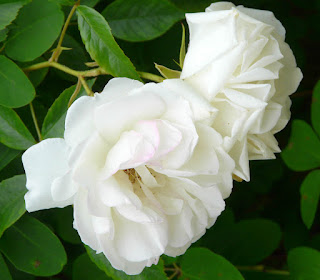 To mark International Women’s Day, the genealogy website, Ancestry, has delved into its records to reveal more about some of those who brought about the landmark advances in equality that today we take for granted. Here are some of the findings:

1857 was the first year women were able to file for divorce.

Caroline Norton was the first woman in Britain to ask her husband for a divorce. Her campaign led to the 1857 Matrimonial Causes Act allowing ordinary people to divorce. Prior to that it was largely only men allowed to do so.

In 1869, women were able to take their first University exams.

Elizabeth Garrett Anderson was the first woman to qualify as a doctor in Britain. Her campaigning contributed to the 1876 Enabling Act that allowed the licensing of both male and female doctors.

Women aged over 30 were first able to vote in 1918.
This was then followed by the Representation of the People (Equal Franchise) Act in 1928 that extended the vote to all women over the age of 21. However, the first woman to vote  apparently did so in Victorian times. In 1867 Lilly Maxwell's name was accidently included amongst those of the men on the electoral roll in Manchester. Her vote was eventually repealed.

From 1919, women were permitted to be barristers, solicitors and jurors.

The first women to pass their Law Society examinations were Maud Crofts, Carrie Morrison, Mary Pickup and Mary Sykes in 1922. Maud Crofts, a prominent suffragette, was the first of the group to qualify as a solicitor. Her daughter and her granddaughter also followed her into the legal profession, qualifying as the first three-generational family of women solicitors.

Edith Kent took a job as an electric welder in Plymouth in 1941 during WWII. The first woman to be employed at the dockyard, she returned to work after having her first child and received a pay-rise that put her on a wage higher than that of  the average male manual worker.

It was not until 1984 that a Mother’s occupation was recorded on her baby’s birth certificate.

Even the certificates of Margaret Thatcher’s twins, Mark and Carol, in 1953, bear only their mother’s maiden name. (The late prime minister was a qualified barrister at the time.)

And finally, some good news for future generations interested in family history research:.
From 2018 mothers’ names have been included on British marriage certificates, thanks to the passing of the Registration of Marriage Bill by the House of Lords.

For those looking to learn more about their female ancestors, millions of records are available to browse online on www.ancestry.co.uk.